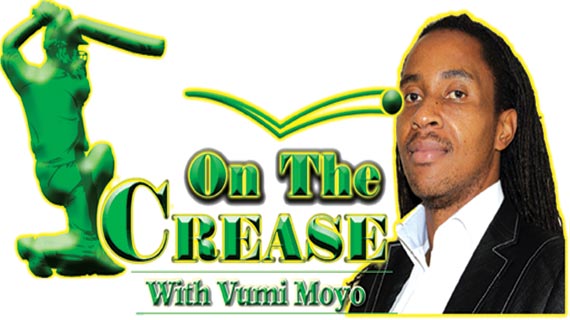 THERE’S breaking news that could change the way cricket is played and governed over the world.

THERE’S breaking news that could change the way cricket is played and governed over the world. The story is causing so much waves that I would love to be a fly on the wall at the International Cricket Council meeting currently taking place in Dubai.

If you read this piece last week, I alluded to the fact that the pie was shared equally regardless of the ingredients you brought. Well, apparently the “big three” don’t think so anymore and led by India, they say “if you cook in my kitchen with my ingredients, then I should decide how much pie you get”.

Those of us who are not into food — India, Australia and England want a bigger say in the administration of the cash-rich ICC and the disbursement of the funds.

The three richest boards drafted a radical “position paper” in an apparent bid to get more power in the ICC. My apologies to all those looking forward to the Australia-South Africa tour, but that will be next week and we have some time before the first match.

The new position by the “big three” is likely to create a rift in cricket relations that may take a long time to heal. India’s point of view is that many boards are lazy and depended on ICC funds to keep the game going in their respective countries. India says countries developed at a quicker rate 10 years ago when there was less money in the system. The big three claim to be responsible for over 80% of all cricket revenue and hence are entitled to a bigger say.

If the ICC operates as a democracy, then there is no way the other seven full members will go with the proposal.

Well it’s not as clear cut as that. Already the No 1-ranked Test country voiced its displeasure, but On The Crease thinks South Africa are unhappy that they were left out of the process. Had they been approached I am sure they would have agreed. The problem is that the entire world depends on Indian tours to remain afloat. It is staggering that India controls so much of the revenue.

Even overseas tours where, with the exception of Zimbabwe, it more often than not ends up on the losing side, they still generate millions in television revenue. It is, therefore, highly unlikely that other countries will vote against the proposal.

At this stage world cricket needs India more than India needs it. Let us face facts — money makes the world go round. If Brazil were to pull out of the soccer World Cup the broadcast would take a knock, but nowhere near the impact India would have in cricket.

The scenario is like La Liga in Spain where there are two top clubs and everyone else and hence it is the most uncompetitive league in the developed world.

Their point is understandable and will be harsh on the countries that are just outside the top three. Countries like South Africa, Pakistan, New Zealand, Sri Lanka and West Indies bring a lot to the table. They, however, do not possess the same financial muscle. India seem to be flexing that muscle.

After the circus that saw a reduced tour to South Africa last year, the Indians arrived on the eve of their tour to New Zealand and did not bother with any warm-up matches. India have been outplayed this far and a lot of their players seem like whales out of water outside the sub continent. That doesn’t seem to deter the hoards of Indian fans thronging the stadiums. Veteran commentator Simon Doull even asked how come New Zealand could not attract those fans for games. The bottom line is those fans are not crazy about cricket, they are crazy about Indian cricket. The move could spell the end for many of the boards around the world. While we are on about Zim Cricket’s financial woes, there are many other boards in the same boat. If the ICC grant is not enough to make their ends meet now, the gap is going to widen even more and I predict that some countries may be forced out of the Test arena. I have not seen the full proposal yet, but it will bring drastic changes. The idea of a two-tier Test system is also on the agenda. This basically means the lower-ranked teams will not get any games against the money spinning countries. On The Crease prays that the proposal somehow doesn’t go through, but given the determination of the Indians it is difficult to see how this will happen. Is watching world-class cricketers in Zimbabwe going to be a sweet memory? This week’s letter is ‘G”, Golden duck. When a batsman is dismissed by the first ball they face.