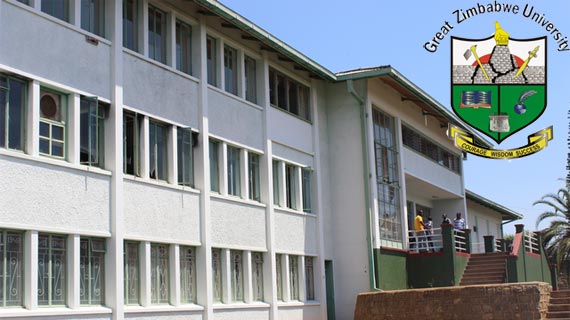 STORM is brewing between the Great Zimbabwe University (GZU) and a group calling itself the Indigenous Business Operators, which claims that the institution’s acquisition spree of several buildings in the Masvingo city centre had forced them to close shop.

STORM is brewing between the Great Zimbabwe University (GZU) and a group calling itself the Indigenous Business Operators, which claims that the institution’s acquisition spree of several buildings in the Masvingo city centre had forced them to close shop.

The group has petitioned Masvingo Provincial Affairs minister Kudakwashe Bhasikiti to intervene as the university’s acquisitions were leaving them with no premises to rent.

GZU bought three buildings in the city and is said to be in the process of evaluating several other properties for acquisition.

In the petition, the business operators claimed that the university had bought some buildings they were operating from, forcing them to close shop and leaving hundreds jobless.

“We write this petition with grief, pain and tears in our eyes and the reason being that GZU is buying properties and premises in the central business district, leaving most, if not all the businesses in the small ancient city closing shop,” reads the petition.

“While we value and support empowerment through education, we are also greatly worried that Masvingo will soon become a students’ town with no business to support the students on work-related learning because there won’t be any company to offer places for attachment as the university is buying almost every building in town causing several businesses to close.”

The group warned that Masvingo risked becoming a ghost town if the GZU was allowed to use its financial muscle to buy the entire city.

They challenged the university to start construction at the institution’s main campus close to the Great Zimbabwe monuments.

“GZU has been allocated several hectares of land for construction, so what will become of that land? The university should just build their structures on land which was given to them,” the petition reads.

However, GZU information director James July said there was nothing sinister about the institution’s move to buy buildings on sale.

“We don’t grab buildings,” he said. “We buy from a willing seller. We identified buildings that are on sale at the real estate and even if we did not buy, there was always someone to buy the buildings.

“I think what those people should do is to come together, pool their resources together and buy the buildings that will be on sale.

“We are adopting the multi-campus system that is running at all universities the world over and we are not looking at every building, but those that will create a proper learning environment for our students.”