Plight of women in the HIV, Aids era 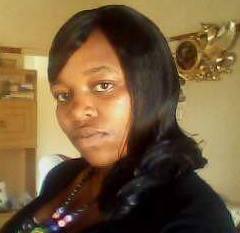 DESPITE their extraordinary contributions in most areas of society, as professionals, breadwinners and caregivers, discrimination and victimisation of women continues to be a cause for concern to many.

DESPITE their extraordinary contributions in most areas of society, as professionals, breadwinners and caregivers, discrimination and victimisation of women continues to be a cause for concern to many.

Research has shown that in African societies women experience many forms of discrimination in the cultural, legal, political, economic, religious and social spheres.

Recently I used a commuter omnibus to get into town and along the way, witnessed a woman engaged in an altercation with a girl barely in her teens for alleged husband snatching. Supposedly, fuming in anger, pain, despair and bitterness, the woman then shocked the girl by confessing that she is living with the dreaded HIV and Aids, which she claimed to have allegedly contracted from her husband.

The visibly shocked girl claimed she did not know anything about the man’s marriage status as well as the revelations of the man’s health status. Yet, had the woman not pried on the husband’s extra-marital affairs, spied on the girl or even confessed about her status the girl was likely going to continue with the relationship.

However, as the conversation progressed, I felt like blaming the girl, but then realised she was only a victim herself as was the woman whose husband the girl had reportedly snatched.

Here were two women both genuinely in love with the same man, but a womaniser.

The analysis of the case lied on the basis of gender stereotyping. It was largely on the women not the man who in this context I choose to label as a perpetrator. No one was concerned about the poor little girl who got trapped in a dilemma. The girl is one among women whose sexual promiscuity has probably been unjustly punished.

“These girls and women should stop accusing men because most of the time they give in to their own problems. After all no one forces them to date married man,” said one man who decided to contribute to the discussion.

I asked myself: “How do you define or tell if a 23 or 25-year-old is married? Again, no one gave credit to the woman for being honest to the girl. The men that commented became emotional and judgmental — scorning the woman.

This made me ponder why it is always about the morals of women. Why not the morals of married men who leave their wives at home in search of young girls.

Why not the morals of the HIV-positive man who after infecting the wife goes on a rampage of sleeping with young girls?

It has been advocated and it is still recommended that the vulnerability of women to Aids be addressed; that all cultural practices be examined objectively; that men and boys be educated about sexual exploitation of women; that women be empowered economically and that health services for women be provided in rural and urban settings.

I call for the education of women and young girls — men and young boys about HIV and Aids if ever the virus is to be eradicated. Education is the foundation for a better future and life for all.