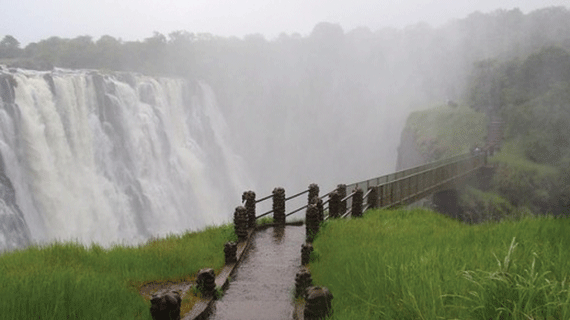 Statistics from the authority showed that of the 16 573 tourists who paid to explore the rainforest in the 10 days to January 2 this year, just over 5 000 were from outside Africa.

In terms of earnings, the international visitors spent $147 510 at the rainforest while tourists from regional countries paid $75 410 while earnings from locals, who pay less than their foreign counterparts, stood at $49 709.

There were no comparative figures available, but tourism executives told The Source that the just-ended festive season was among the best for the industry.

“The festive season was made of two halves — the Christmas period had more locals while the New Year period had more of regional and international tourists. All these helped in raising arrivals into this destination,” said Hospitality Association of Zimbabwe official, Jonathan Hudson.

Tourism executive Clement Mukwasi said the rise in tourists could be attributed to the global exposure generated by Zimbabwe’s co-hosting of the 20th United Nations World Tourism Organisation general assembly with Zambia.

“I think we are seeing some rebound as a result from the (hosting). This can help the sector recover in 2014,” Mukwasi said.