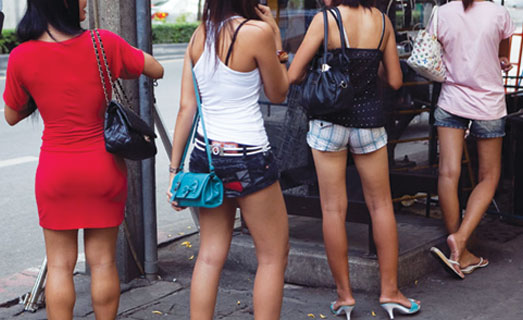 JOHANNESBURG — The number of Zimbabwean women resorting to sex work in South Africa is reportedly increasing due to the scarcity of jobs in both countries.

JOHANNESBURG — The number of Zimbabwean women resorting to sex work in South Africa is reportedly increasing due to the scarcity of jobs in both countries.

Indications are that there are many Zimbabwean women in South African brothels compared to people from other nations like Zambia, Mozambique, Swaziland and Botswana.

Though sex work is a profession as old as humankind, it is still frowned upon by many. The majority of sex workers say they left Zimbabwe in search of jobs in South Africa. However, due to high unemployment in South Africa, most of them end up resorting to sex work in order to survive.

Mlungisi Dube, a Zimbabwean who has been staying in Johannesburg’s Hilbrow suburb for the past six years, says the number of Zimbabwean women in many brothels in various South African cities is shocking.

“I have seen that in places like Hilbrow Inn, Diplomat and some other places around Hilbrow, there are a lot of Zimbabweans that are in that trade. Some of these Zimbabweans that are plying this trade in Hilbrow, are housewives at home. They are mothers. It’s like this side they come to work,” Dube said.

One of the sex workers says she has to engage in such activities in order to make a living.

Nozipho, not her real name, is one of many Zimbabwean sex workers plying their trade in Hilbrow. The 32-year-old mother of one says she turned to sex work four years ago when she failed to get a job in Johannesburg.

Although she openly expresses her hatred for the work she does, she says after failing to get a descent paying job in both Zimbabwe and South Africa, frustration drove her into sex work.

“Sex work is not an easy job. Sometimes you are extremely tired but you have to work in order to pay your rent. You have to sit in the bar and sometimes you get the money after several hours. That is why I say it’s a painful job because you are forced to work at least for your rentals because if you don’t pay your rent they evict you from your working room,” she says.

Sithembiso Dlomo, a Zimbabwean living in Durban but who is not a sex worker, echoes Nozipho’s views saying only desperation can force a woman to degrade herself to a point of walking half-naked in the streets.

“No woman can degrade herself by selling her body to earn an income because that destroys a person. They can appear as if they don’t care, but it does diminish their dignity as women because believe you me, out of prostitution no one develops into anything,” she says.

And Nozipho says if she had a better option of taking care of herself, her son and the extended family back in Zimbabwe, she would quit sex work without thinking twice.

“I am doing this because of the situation that I find myself in. I do it to secure a good future for my son who needs school fees, clothes and other necessities. As a parent I have a role to play in my child’s life and l’m compelled to do it at all costs. I cannot be depending on my parents. I have to do things for myself.”

She says reasons pushing many Zimbabwean women into sex work include joblessness, divorce, anger caused by unfaithful husbands and at times bitterness that overcomes some women once they discover they are HIV-positive.

She looks visibly uneasy when talking about risks associated with her work including the possibility of being raped, strangled to death or getting infected with HIV.

Most of the sex workers say they will abandon the trade if given a chance to work in a better place.

“This work exposes us to all sorts of infections. Some men can promise paying you up to a R1 000 for a session without a condom. This becomes very tempting especially to those who want money at all costs and this obviously leads to the spread of sexually transmitted diseases.”

Dlomo says both the government and society need to come together and assist these women with life skills they can use to gain income.

“It’s not only job creation, it’s scholarships, internships, people going to school, people doing more about themselves because not everyone is academically strong. There is arts and culture, people can be given a platform where they can be told ‘bring us your story, tell us about yourself, how can we change you in becoming something better?’.”

And Nozipho says her dream is to one day get a husband, start a family and lead a normal, happy and faithful life.

“My wish is to settle down, get an honest husband, from there I will go and do a skills course or any other better means of survival.”

With the socioeconomic and political situation in Zimbabwe looking bleak and the South African economy struggling to shed off the impact of the 2009 recession, there is little hope of rescuing Nozipho and others from this old profession.