Keeping sex as an ‘adults only’ topic 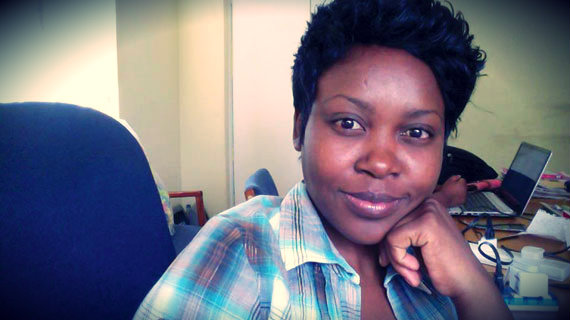 WHILE attending an ongoing media training workshop on sexual reproductive health rights this week, I found myself wondering what benefits accrue to our society when we maintain that sex is an “adults only” topic when it is an activity that many adolescents are already engaging in.

WHILE attending an ongoing media training workshop on sexual reproductive health rights this week, I found myself wondering what benefits accrue to our society when we maintain that sex is an “adults only” topic when it is an activity that many adolescents are already engaging in.

Whose responsibility is it to teach adolescents about sex, reproductive health and the attendant rights to access information and services with regards the same?

If we muzzle young people, instil fear in them and make it shameful for them to open up about experiencing puberty, if we deny them access to vital information with regards sexual and reproductive health under the pretext of “protecting their innocence” — who are we helping?

These questions came to mind as I thought about the role that the media could play in promoting sexual and reproductive health issues as well as the attendant challenges of engaging in such an enterprise.

Firstly, I considered the possible backlash that a well-meaning newspaper could receive if they dared to spotlight sexual and reproductive health issues because parents would feel that the dissemination of such content could “corrupt” their children.

Reproductive health issues tend to occupy a place of obscurity in the discourses of many societies due to cultural and social norms that proscribe such discussions, viewing them as private and inappropriate for the public domain.

However, in the advent of cyberspace, sexual issues generate much interest online, driving traffic to websites that focus on sexual topics, creating a frenzy among social networking communities and going viral more than any other kind of content.

Therefore, even if newspapers were to censor themselves in terms of covering sexual issues to avoid causing offense, the Internet rarely affords parents the opportunity to restrict their children from accessing “adults only” content.

With the emergence of tabloid reporting the bounds of societal notions of propriety, decency and tolerability have been continually breached through the publishing of erstwhile “inappropriate” sexual or explicit content.

While tabloids have brought the discourse on sex, sexual acts and varying aspects of copulation into the public domain, the reportage in tabloids often preoccupies itself with sex, sleaze, scandal and sensationalism, which do little to disseminate information on sexual and reproductive health and little to promote responsible sexual behaviour.

Apart from the tabloids, information on sex and sexual behaviour is channelled through music, song and dance as is the case with the urban grooves genre that has been harshly criticised for promoting immorality through songs laden with sexual innuendo.

So who should teach young people about sex? Should the media take up this role or will the parents protest over such youth-targeting advocacy journalism?

Some of the protestations over the rumour that the government planned to distribute condoms in schools was that “we don’t send our children to school be given condoms, we want them to be given an education” and “if we want our kids to know about sex, we will tell them ourselves”.

But how many parents genuinely engage their children in matters pertaining to sex and how many just hope that the school syllabus will cover “the basics” and thereafter they can assume the role of deterring their children from engaging in sex by making threats about the possible negative consequences of engaging in sex?

Granted, it is not all parents who neglect educating their children on sexual matters, but a good number bury their heads in the sand and prefer to view their offspring as “innocents” who should not be corrupted.

Beyond the idea of parents engaging their children in conversations to do with sexual and reproductive issues is the challenge of knowing when to start talking about sex.

Due to their exposure to TV, magazines and other forms of media that carry explicit sexual content, more and more young people receive sexual orientation through the Internet or their peers and alternative sources.

Afraid to approach their parents or relatives, many young people learn through “trial and error” experimentation, making ill-informed decisions about their bodies and sexuality while their ignorance compounds their naïvety and increases their vulnerability to sexually transmitted infections (STIs), unplanned pregnancies and other negative impacts of not having access to reliable sexual and reproductive health information.

The search for answers often drives young people to the Internet which becomes a primary source of information.

Anyone who has ever “googled” up their symptoms when they were unwell and approached a doctor with a half-baked diagnosis from the Internet will attest to the lure of new media in informing health choices.

A frank conversation needs to emerge around who should teach adolescents about sex — should it be the media, the schools, the parents, the church, the extended family members or should it be every adult in the vicinity?

When should adolescents be considered to have qualified to engage in these “adults only” topics around sex, sexuality and reproductive health — from Grade 7 when they learn about puberty, or in Form 2 when they have settled nicely into their early teens, or should we wait a bit and engage them when they are doing Advanced Level studies or aged around 18 years? But that’s just me. And I could be wrong. We can always agree to disagree.  Delta Milayo Ndou is a journalist, writer, activist and blogger