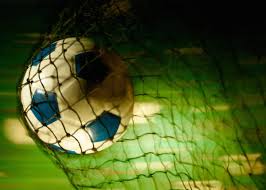 INCONSISTANT CAPS United threw away their championship aspirations after a suffering an energy-sapping defeat at the hands of relegation-haunted Black Mambas in a Castle Lager Premier Soccer League match at Morris Depot yesterday.

Benson Maglas scored the face saver for Caps in the 54th minute.

Ironically Caps won with the same score line when the two teams met in the first leg on 27 April at Rufaro Stadium. Black Mambas’ win, however, saw them remain static on position 12 ahead of Black Rhinos, Monomotapa, Tripple B and Motor Action with four teams set to face the dreaded chop.

Caps United coach Taurai Mangwiro immediately ruled out his side from the championship race.

“We should not be ambitious. Look we have just lost three crucial points. All we have to concentrate on is finishing the season on a high note,” he said.

Martin Bonongwe, the Black Mambas assistant coach said it was good that his players were beginning to find the target.

“I am we happy we managed to score today. We have been playing some good football, but failing to score,” he said.

Caps United, who were missing Tendai Samanja started the match strongly with striker Tawanda Nyamandwe coming close in the sixth minute before Ronald Pfumbidzayi’s free-kick was tapped over the bar by Tonderai Mateyaungwa in goals for Mambas.

However, it was Black Mambas who got the breakthrough in the 23rd minute after Alifandika’s volley beat goalkeeper Tafadzwa Dube to spark a wild response from the noisy Black Mambas supporters.