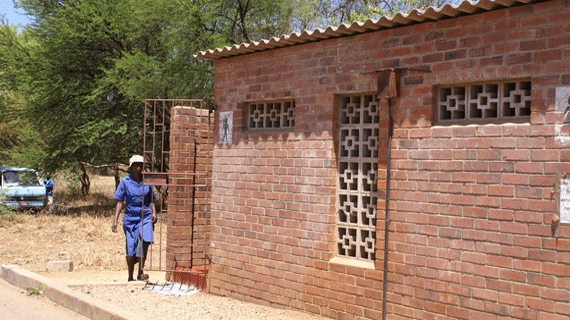 KOMBI drivers and touts have allegedly “hijacked” a municipal public toilet at Bulawayo’s Llewellyn terminus along Samuel Parirenyatwa Road and 2nd Avenue where they are charging commuters R2 for its use.

This has forced some, commuters and vendors to relieve themselves in nearby bushes posing a serious health risk in the area, particularly as the rainy season approaches.

The terminus is also host to an assortment of food caravans and mobile restaurants.

Llewellyn terminus vendors interviewed by Southern Eye said they were being charged for use of the toilets for the past three months.

“The toilets stink, they do not clean them and we have been forced to use the bush because we cannot always pay R2 each time we want use the toilet.

“Now the bush also stinks because many people relieve themselves there,” Ottilia Moyo a vendor, said.

The vendors alleged that touts and taxi drivers were cashing in on the neglected toilets.

Simon Moyo, a commuter from Imbizo Barracks, said he was surprised to be charged for use of the toilets as he had previously used them for years at no charge.

“I’m surprised that there is now a woman who sits there and charges us R2 to use it. I have used these toilets for years without being charged,” Moyo said.

Another commuter, Denias Chikomo, said he feared a cholera outbreak should it rain.

“The nearby bush stinks since people opt to use it refusing to pay R2 for the dirty toilets. This could lead to an outbreak of diseases like cholera in the area,” Chikomo said.

Southern Eye also noted that the toilet flushing system was not functioning and people were using buckets of water.

The woman who was charging for the toilets indicated that she works for someone whom she declined to identify.

“I work for someone else. This is not my business,” was all she was prepared to say.