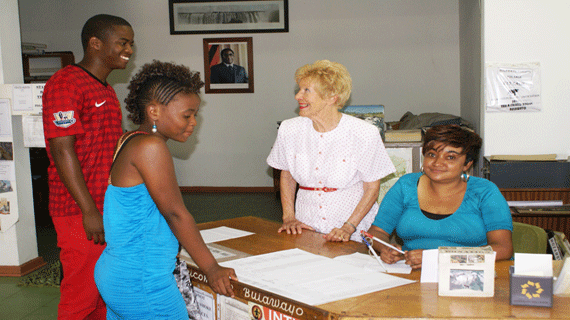 THE decline of local firms is threatening the viability of the Bulawayo Publicity Association (BPA) which, since its inception 80 years ago, has been surviving on the benevolence of corporates and other well-wishers operating in the city.

The BPA, a non-profit organisation, seeks to promote the interests of the City of Kings, its tourist attractions as well as encourage industrial and commercial development in Bulawayo.

Due to the harsh economic environment which has forced several Bulawayo firms to close or relocate to Harare, the BPA has witnessed a marked decline in membership, from a peak of over 600 firms in 2000 to about 200 this year.

Valarie Bell, the director of the BPA who has been at the helm of the organisation for some time, in an interview with Southern Eye bemoaned the collapse of companies in Bulawayo, saying the development did not augur well for the organisation’s operations and activities.

“Our money comes from subscriptions. In the days when business was booming, we had over 600 members, but now we are down to 200 due to closure of companies in Bulawayo owing to the harsh economic environment,” Bell, who has been with BPA for the past 20 years, said.

“The membership has gone down. It is a struggle for us to undertake various activities to promote Bulawayo and its hinterland. We struggle from month to month. We do not have extras to do what we need to do,” she said.

In the past BPA used to attend and participate in tourism activities outside the country, for instance the Durban Tourism Indaba and various tourism exhibitions in Johannesburg and Cape Town in South Africa as part of its promotional activities.

“But now we cannot afford such activities. We do not have the money to undertake these activities and others we feel promote Bulawayo and other tourist destinations,” said Bell, who, however, was quick to point out that the financial crisis, has not made BPA sit on its laurels.

“We have managed to keep going, but for extras we now firmly depend on our few remaining members and other well-wishers,” she said. “What people should understand is that we have to go out and make things happen in the form of promotions and publicity. It is important for people to understand that the more widely we are able to market Bulawayo the more money will flow into the city and the more everyone will prosper.”

BPA, Bell added, was grateful to members who have supported the organisation over and above the annual subscriptions, be it in cash or kind.

An increase in paying membership and annual grants from the Tourism and Hospitality ministry could ultimately solve the financial problems of the BPA which currently has only two permanent staff members.

A perusal of BPA’s annual report for the year ended June 30 2012 confirms its precarious financial position and threats posed by industrial decline in Bulawayo.

“The continuing decline of the local industrial base is very serious and there is no meaningful government policy that will arrest this decline.

The isolation of Bulawayo from every perspective remains of great concern.

Bulawayo has always been an industrial city and this was achieved not by design. The current sad position is not by design, but by gross neglect, neglect of appropriate economic policy, neglect for the provision of basic services and neglect of the Bulawayo region,” part of the BPA report presented by its chairman G R Stephens, reads.

But the BPA says it seeks to reverse the neglect by marketing and promoting the city and local districts, pointing out that it has two World Heritage Sites, a rich culture and many varied attractions.