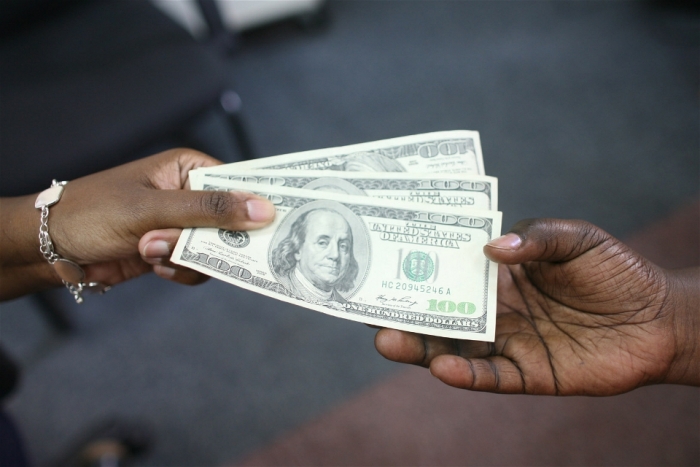 THE Mines and Mining Development ministry last week met executives from the Zimbabwe Mining Development Corporation (ZMDC) to investigate claims by a Ghanaian investor that he paid a $6 million bribe to the parastatal’s former chairman Godwills Masimirembwa.

The meeting, which also looked at the state of ZMDC’s operations and corporate governance issues, comes at a time the corporation is mulling cancelling its diamond partnership with Ghanaian businessman William Ato Essien for failing to honour his financial obligations.

On Tuesday, President Robert Mugabe accused Masimirembwa of having hounded Essien out of the country after extorting $6 million from the businessman.

Mines and Mining Development minister Walter Chidhakwa told our sister paper The Standard yesterday he was trying to get a clear picture of what had happened.

“I have sought to listen to different people including Masimirembwa,” he said.

“You have to get a full picture. I am also supposed to meet the Ghanaian investor.”

The Standard was told that ZMDC had grown impatient with Essien after the businessman failed to inject capital into the diamond mine.

This has resulted in the mine failing to pay its workers’ salaries for the past six months.

The mine is not operating as it has no funds to comply with the Environmental Management Agency statutory requirements for mining companies.

This has led ZMDC to mull the cancellation of the joint venture agreement on the basis that Essien had failed to honour his obligations.

Chidhakwa said ZMDC had told him of the failure by Essien to bring the money into the project.

“In briefings, people say he (Essien) had failed to bring the original investment as per agreement,” he said.

“But you need to talk to the investor and say this is what was agreed, what is the problem?”

As part of the agreement signed on November 24 2011, Essien’s Bill Minerals equity contribution was supposed to invest $110,5 million.

It was also supposed to bring a commitment investment amount of $5 million to be deposited into the joint venture company by January 14 2012.

When the initial $5 million was exhausted the joint venture company asked the investor to put some more money.

To salvage the situation, the joint venture company then arranged some $10 million with two local banks.

The banks (names supplied) had facilities of $4 million and $6 million respectively.

Since banks wanted security, Essien’s associate Itai Munyeza then looked for a local partner, Blessmore Chanakira, to provide the security.

“As matters stand those facilities are secured by properties belonging to those two Zimbabweans and Essien has not brought in any further money into the country,” a close source said.

ZMDC equity contribution in the JV (Joint Venture) was in the form of cession of its mining rights and ownership of diverse mineral resource in the allocated concessions.

The parties agreed on a resource depletion fee of 2,5% of revenue payable within seven days after sale of diamonds by the JV company to ZMDC and the same time the management fees are paid to the parties.

The JV was also mandated to register a community trust as a vehicle for carrying out its social responsibility programmes funded in terms of the business plan agreed by the parties.

“For the avoidance of doubt, 2% of the Joint Venture company’s net profits shall be allocated for funding of community trust and is subject to change upon approval by the board,” the agreement said.

Clause 21,4 of the JV agreement said termination of the deal should arise when there is “any party materially breaching any provision of the agreement and failing to remedy such breach within 14 working days after receiving written notice requiring such remedy”.

The party aggrieved by such breach “shall be entitled, without prejudice to their other rights in law including any right to claim damages, to cancel this agreement or to claim immediate specific performance of all the defaulting party’s obligations then due for performance at the time of the breach”.

Questions are being asked how Essien had brought the money in cash considering the global fight against the financing of terrorism and money laundering.

Countries have enforced tighter controls on the movement of hard cash and one requires exchange control approvals from both the exporting and importing destinations.

GRN board chairman Manson Mnaba told sister paper, NewsDay, that Essien showed him a declaration receipt showing that the Ghanaian had entered the country with cash worth $5 million.

What were the channels used to bring the money into the country and explanations to customs and Zimbabwe Revenue Authority (Zimra)?

A banking executive said yesterday the reason Essien could have used was that they were importing cash to improve the liquidity situation.

However, the executive said the money has to be recorded in money supply statistics.

“The central bank is critical in this and the question is: Was it aware that loads of cash were entering the country? For Zimra, the fact that one was bringing lots of money in cash should have warranted an investigation,” the executive said.

Essien told our sister paper The Standard yesterday: “I would rather not comment on that.”

The businessman is the founder of First Capital Plus (FCP), a wholly-owned Ghanaian savings and loans company that was established in 2009.

According to his profile on FCP website, Essien is “an astute entrepreneur with a wealth of experience in microfinancing and business financing structuring”.

He is the founder of the William Ato Essien Foundation which was established in June 2011 “to provide financial support for educational and health purposes and also to impact the society in general”.