Justice at last for MDC-T 21 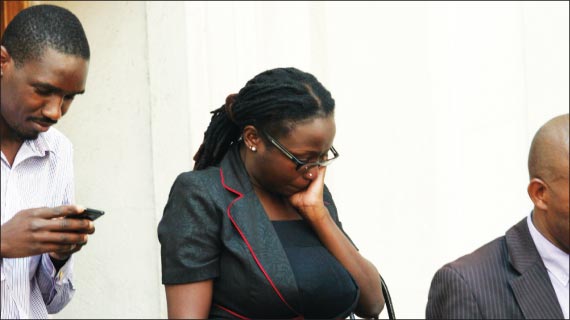 THERE were tears of joy yesterday when High Court judge Justice Chinembiri Bhunu acquitted 21 of the 28 MDC-T activists accused of killing a Harare police officer in 2011.

Some of the activists were arrested 28 months ago and endured a number of days incarcerated at Chikurubi Security Maximum Prison following the death of Inspector Petros Mutedza.

One of the activists — Rebecca Mafikeni — died in remand prison last month.

Justice Bhunu had no kind words for the police, saying their investigations into the alleged murder in Harare’s Glen View suburb were shoddy.

Justice Bhunu said the case of Cynthia Manjoro who was arrested as bait to trap her fugitive boyfriend, Darlington Madzonga, was a miscarriage of justice.

“It has, however, emerged that in fact the accused was nowhere near the scene of the crime at the material time and her brother confirmed he was at church,” the judge said while delivering his ruling.

“Upon discovering that Madzonga had fled from justice, the police decided to arrest and charge the accused using her as bait to capture her cowardly boyfriend. The police conduct in this respect was, however, unprofessional and smacks of high handedness,” he said.

“The State compounded the police’s error by placing the accused on remand with the foreknowledge that she had no case to answer.

“For that reason it would be great travesty of justice for her to proceed beyond the closure of the State case,” Justice Bhunu said as he pronounced Manjoro’s verdict of not guilty.

“The accused were all alleged to have been observed participating in the commission of the offence by police informers who were not called to testify against any of the accused persons,” he said.

“Their evidence is presented through the investigating officer and is inadmissible and of no benefit to the State case.”

The judge said some of the seven were seen by eyewitnesses at the scene of the crime during the commotion that led to Mutedza’s death.

He said the (remaining) accused also resisted orders by the police to disperse from an unsanctioned gathering and chose to associate themselves with those that caused the police officer’s death. Their case was postponed indefinitely.