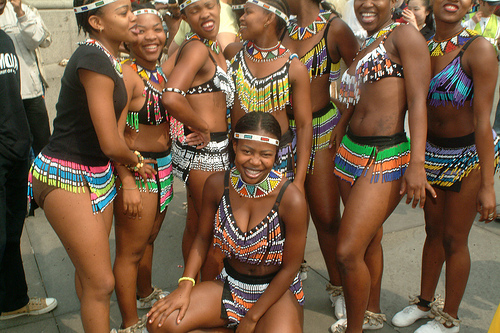 South African television, music, soapies and shows like Generations, Isidingo, Scandal, South Africa Has Got Talent, Clash of the Choirs, Big Brother Africa, Friends Like These, Fear Factor, Oskido, Dj Tira, and Dj so and so, you name them, abound in Zimbabwean homes!

South African television, music, soapies and shows like Generations, Isidingo, Scandal, South Africa Has Got Talent, Clash of the Choirs, Big Brother Africa, Friends Like These, Fear Factor, Oskido, Dj Tira, and Dj so and so, you name them, abound in Zimbabwean homes! Report by Nkululeko Innocent Dube

Save my soul! I am not about to glorify ZTV and ZBC . . . I never know which one embraces all of them, but that’s a topic for another day. Zimbabweans, especially those from Matabeleland and Bulawayo in particular, have been accused of thinking they are South Africans and aligning themselves more with South African music and entertainment at the expense of local art, entertainment and artistes.  Even the new generation of artistes have obliged and started to either flock to South Africa to produce their work and sing like them,  talk like them, dress like them, be them, just to win back the love of their own people.

If you can’t beat them join them, so goes the old adage, but is it always the means to a good end?

To be honest I cannot completely blame the masses for endearing themselves with SABC because the programmes are world-class.

My question and worry though is about the content in their programmes of late.

There used to be a 30-minute show on Sundays, Roots which was struggling for sponsorship and slotted at a very odd time —  6:30pm — and that was all. Why are less and less of South Africa’s musicians now making it big internationally? Soweto Gospel Choir is doing well?

Believe it or not the legends like Hugh Masekela, Sipho Hotstix Mabuse, Miriam Makeba, Ladysmith Black Mambazo and many more that are still alive are still raking in a lot in royalties up to date. The world is getting obsessed with reality TV shows whose reality has never been real to me. I think we all risk losing ourselves to American and European trends. For every American programme or show there is an African version: America Has Got Talent — Strictly Come Dancing, — Dance your butt Off — Fear Factor, The Bold and The Beautiful — Fear Factor — Big Brother  Africa, among many more. All we do is add the word Africa or South Africa or Zimbabwe to the title and we call it ours.