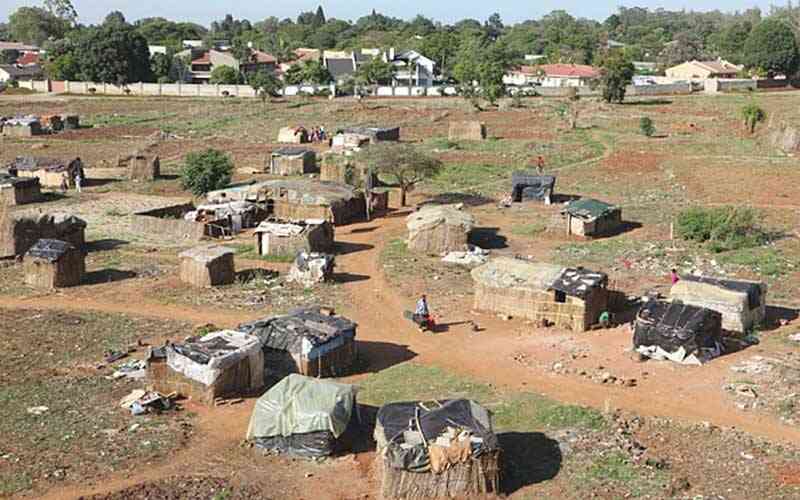 I HAVE been there before.It is only that we did not have such terms as toxicity and haters in my day, but I have used or thought along those exact lines before.

In my youth, I had a fair share of my own delinquency, mischievousness, and even downright rebelliousness, giving my family and those around me endless headaches and nightmares.

There was no way they were to keep silent in the face of such daily onslaughts on their happiness and peace, as such, had to castigate and criticise my untoward and unbecoming behaviour, almost on a daily basis.

Of course, deep in my stubborn mind — unwilling to accept rebuke, and resisting the truth, I would shield myself from reality by believing that all these people “hated me”.

I desperately needed them to focus on only the positive, so that we could all live peacefully, happily, and in harmony — instead, of always being at each other’s throats.

Truth is — this apparent desire for peace, happiness and harmony was merely an excuse for me not wanting to be told the truth of the wrong I was doing.

It was just a smokescreen to protect myself from being exposed for the nuisance and pest I really was.

Besides, what peace, happiness and harmony was I pretending to crave so much for — when, in fact, I was the chief architect of the chaos, misery and pain in my household — on account of my own unacceptable, deplorable and disgraceful behaviour?

The portrayal of all those telling me the truth, and chastising me — as “haters” and spreading toxicity — were purely disingenuous, and a pathetic attempt at silencing them.

As much as that term was not often used during my youth — had it been today, in all likelihood, it would have been one of my favourites!

In other words, those who rely on, and have become fond of these terms in describing those who speak the truth, and say things as they are, are mainly those who cannot take hearing facts.

I received such a message from a reader yesterday, who accused me of being toxic in my relentless and unstoppable speaking of truth to power, as I gave a voice to ordinary Zimbabweans who, on a daily basis (without any respite), are facing untold poverty, anguish and suffering at the hands of a brutal sadistic kleptomaniac regime.

He claimed that he had been an ardent follower of my writings, but had long lost interest and ceased reading — due to this “toxicity”.

Of course, the irony of his actually contacting me about my most recent article — thereby, betraying his continued reading of my works — was totally lost on him.

Anyway, as I read his message, the regrettable memories of my youth years flooded back.

This was clearly a man who was pained by the truth and did not want the flagrant abuse of citizens’ rights, brazen looting of national resources, and shameful mismanagement of our economy, by those entrusted with running the affairs of our country, to be exposed and talked about.

Any such talk, in his mind, was nothing more and hateful.

He preferred, as I did in my own youth, to only “focus on the positives, so as to cultivate peace, happiness and harmony in the country”.

How can there be any peace, happiness and harmony when millions of Zimbabweans are hungry and unable to afford sufficient food for their families?

Surely, is he not aware that most Zimbabwean household can no longer manage three meals a day — and, have to make do with only one or two, oftentimes, lacking the proper nutrition?

All this, as a result of an economy that has gone rogue — with both inflation and exchange rates in the higher triple digits, leaving the majority of the citizenry living in poverty — all thanks to a government that has dismally failed to do what it is supped to do.

So, am I supposed to keep quiet when I personally witness such pain and misery each and every day?

Am I expected to pretend we are one happy family and all is alright — and focus on bridges, dams, boreholes and roads?

What manner of a heart would I surely have, if I were to be so cold and insensitive — ignoring the millions unable to piece together a decent livelihood?

In fact, the sight of suffering Zimbabweans struggling to make ends meet is what inspires me to keep write – and as such, if I write these things every day, it means I am witnessing this pain and suffering on a daily basis.

The day I stop writing, is the day all Zimbabweans finally enjoy the fruits of their hard-won independence and freedom.

If telling truth to power and speaking for the voiceless, is toxic — then, so be it!

The only way we can have peace, happiness and harmony in Zimbabwe, in the absence of any toxicity — is for those governing the country to exercise justice, stop plundering our resources, and manage the economy well — in order for all of us to fully enjoy dignified prosperous lives.