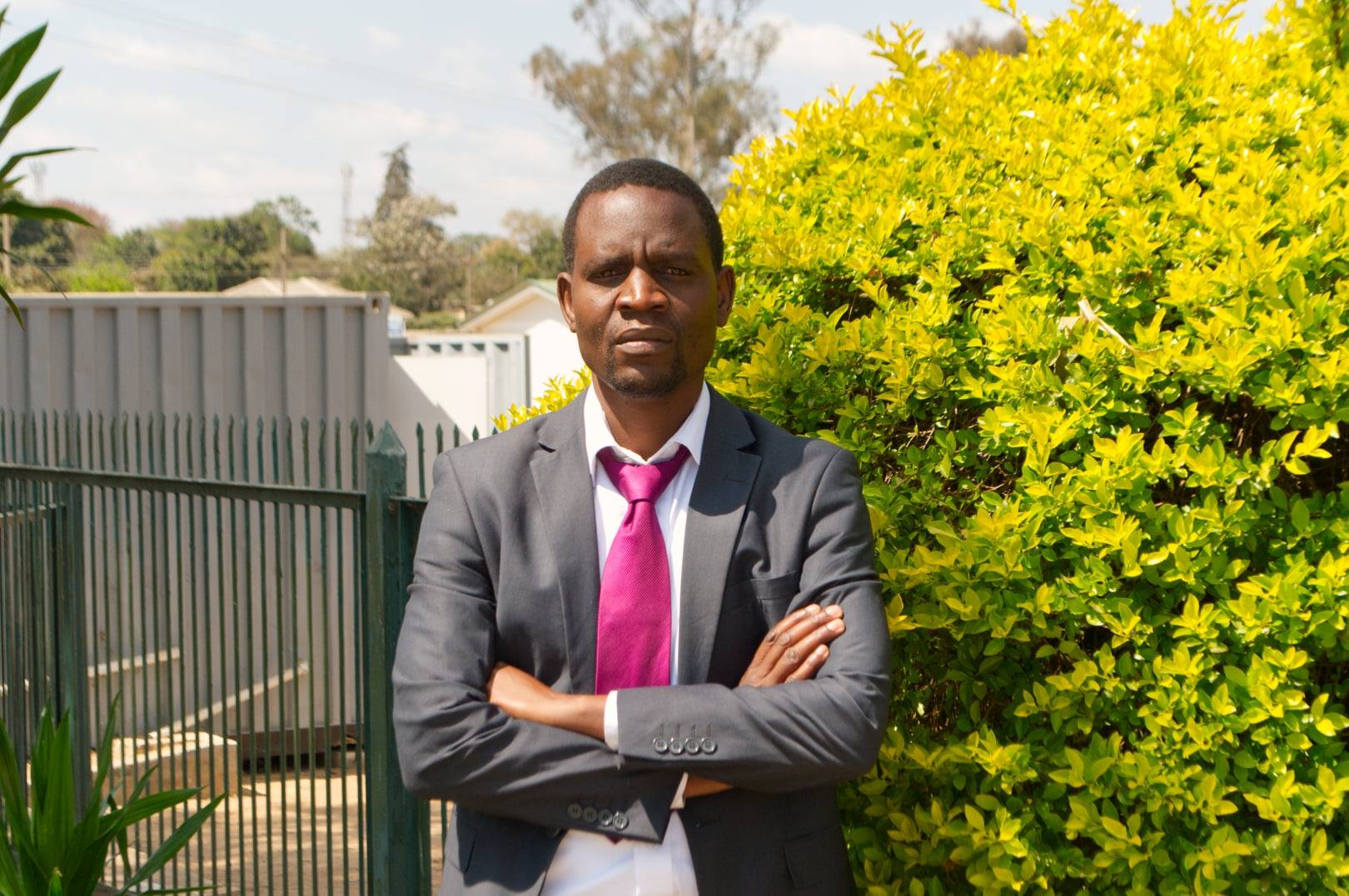 BY Melody Chikono BUDGET processes for Zimbabwe’s local authorities are steeped in controversy amid allegations that priorities are determined along political partisan lines, while the interests of residents are sidelined, among a myriad of other charges.

In a number of local authorities consultative budgetary meetings have over the years become mere cosmetic events under the supervision of incompetent councillors, elected to councils through partisan political processes.

Normally the budget preparation process is supposed to present details of the proposed budget to the residents through the budget consultation meetings attended by finance and treasury officials who visit all the wards under the council’s jurisdiction, in the company of the respective ward councillor.

These outreach meetings are supposed to involve all stakeholders affected by the budget. After consolidation of objections raised by stakeholders, Treasury prepares the Final Draft Budget (FDB) which is considered as being stakeholder-driven since it incorporates the views of all stakeholders.

However, investigations by NewsDay revealed that despite the ignorance of the bulk of residents, even the knowledgeable among them do not participate in these budget formulation meetings as councillors have turned them into service delivery meetings.

While a number of local authority engagement policies speak to the sharing of the previous year’s budget performance, councillors have deliberately avoided reviewing previous budgets together with residents.

Here they are supposed to explain how the budgeted amounts were used, while taking accountability into consideration at a time councillors have failed to explain the cost derivatives of whatever projects they implemented, for example, and neither do they give residents any reasons for tariff increases.

A number of residents who spoke to NewsDay said they have been mistaking budget consultation meetings for service delivery meetings, which they have snubbed over the years believing that their attendance would not yield any benefit.

Investigations revealed that councillors take advantage of the information vacuum to conduct the meetings along partisan lines whereby councillors call for meetings and canvass for support from their party followers.

There are indications as well that councillors use political ties to influence their party supporters to move favourable motions during the meetings.

It has also emerged that instead of allowing residents ample time to review the council proposals, residents were getting as little as 24 hours to peruse the budget papers, assuming they ever have any sight of them.

NewsDay perused the open budget survey conducted by the Zimbabwe Coalition for Debt Development (Zimcodd) in the country’s 10 provinces in September 2021.  It showed that 5,19% (3 male% and 2,19% female) of the respondents had knowledge of the Budget Strategy Paper (BSP) while 94,81% (44% male and 54,81% female) expressed ignorance of the paper, 5,58% accessed the 2021 BSP, while 94,42% never saw the document during the period under review.

Despite the small number of residents who attended for various reasons, investigations have shown that there are major deficiencies within the budget preparation process.

In the eyes of Gweru residents, for instances, the areas of priority do not resonate with the expectations of residents. Meanwhile, residents say they are not given the budget documents in ample time to accord them an opportunity to familiarise themselves with the contents so that they are able to air their views.

The residents suspect that the Gweru City Council deliberately does not follow the budget consultative process because they have many issues to hide from residents.

“We have held a lot budgetary consultative meetings, but our local authorities deliberately do not follow these processes. There are so many things that they want to hide. Like they will tell you for a fact that that it Is provided for in the Urban Councils Act that they are the ones that they are supposed to come up with tariffs and everything, and that consultation does not necessarily mean you have to agree.”

Selipiwe alleged that many of Gweru’s wards were reeling from the effects of a budget process managed by incompetent councillors. He said many of them were simply deployed by their political parties, but cannot interpret the budget to the residents.

“This is a very serious challenge,” Selipiwe said.

“We have multi challenges in terms of tackling these budgets. Political parties have to conduct thorough research in terms of the people they send to our local authorities. I am not saying all of them (are involved) but so many wards are being affected by the non-competence of councillors who cannot interpret a budget.”

In Masvingo, it turned out that residents face a myriad of challenges. Despite being aware of their right to participate, the participation of residents remains low.

This has been caused by the timing of the consultative meetings, which is usually at short notice. Because their views are not incorporated in the budgets, residents no longer see any value in attending such meetings.

“Some items are prioritised along partisan lines because of the high political polarisation in our country,” said Anoziva Muguti, the Masvingo United Residents and Rate Payers Alliance director. Unfortunately the councillors who we currently have do not prioritise items relevant to the budget. They are just there to appease their political leaders and this impacts negatively on service delivery.

“The major drawback of this politicised process is that some residents and ratepayers then opt not to pay their bills, leading to poor revenue collection and ultimately to poor service delivery.”

In Harare, the political godfathers have turned budget consultation meetings into partisan affairs and not service delivery meetings. “Councillors mobilise people who are close to them,” said Reuben Akili, a regional advocacy officer with the Combined Harare Residents Association.

“Most of the people will be coming from their political parties. They come wearing their party regalia and you can see how they can influence budget outcomes. If you look at Mbare, for example, hostel rental are now below US$50, it was influenced by that.

“Over time many residents have been excluded because of the way the meetings are planned. They have become an event rather than a process. People will think the budget has ended, but it is a cycle where they have to look at performance, resource allocation, how much are they collecting and where that money is being used. There is an information vacuum.”

A number of residents in Musana communal area which falls under Bindura Rural District Council said they were well aware of their rights to participate in the budget consultative meetings. They, however, said they had since stopped attending because their ideas were never adopted. “It is just a formality,” said one resident who refused to be named.

“You will simply end up agreeing with their budget whether you like it o r not. I do not remember us being given any paper to read but they read for us what they think is important.

It is the councillor who calls for that meeting and most of the people who attend are affiliated to his party and they will never go against their councillor. At one point I was threated by their chairperson so there is no point attaining those meeting.”

But councillors say they have always done everything according to book and there was nothing political about the budget process.

Musana Ward 14 Councillor Amon Nyanhete told NewsDay that the villagers were consulted before compiling the budget and they submitted their input.

“Some people come and others do not.” he said. “So if you do not come it means you are agreeable to whatever transpires at the meeting. It does not have anything to do with politics became people air their views freely. Understanding of the process depends on someone’s educational level, but we always try to simplify issues. People are given the documents in time to make their submissions to the budget

Despite a number of Karoi residents saying they were not aware of the processes, Karoi town council chairperson Abel Matsika said the consultations were done in phases starting with the business people.

“We have special days for business people,” said Matsika. “We give them our ideas and we allow them to give us their own ideas, say on how the council can embark on income generating projects in a bid to lessen the burden on the taxpayers. Then we go to the residents ward by ward giving them our proposals. Then they give us their concerns.

“We have brought some wards together, depending on their needs and interests. From there we come to the residential areas in town. We also have a special day for special groups of people such as the youths, people living with disabilities and the churches. We look at their issues in isolation, there is absolutely nothing political about the processes,” he added