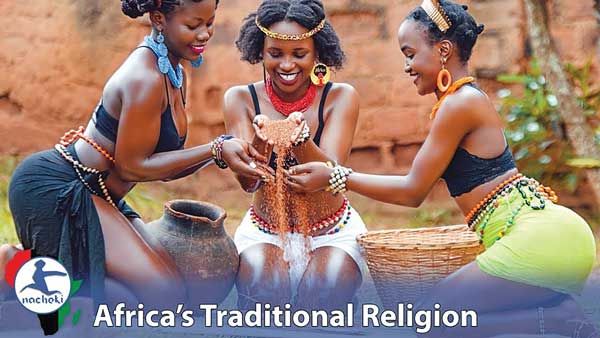 A fad running under the moniker manjuzu has gripped the country as some pull out all stops to get rich.

BY TENDAI MAKARIPE IN one of his letters to Timothy, a fellow brother in the Christian faith, Apostle Paul (previously known as Saul of Tarsus) offers counsel to a brother.

Writes Paul in 1 Timoth 6:10: “For the love of money is the root of all evil: Which while some coveted after, they have erred from the faith, and pierced themselves through with many sorrows.”

This often misconstrued statement does not imply that money is evil, but an understanding of the original version of the verse implies that immorality and wickedness are caused by people’s too much love for money, not by money itself, per se.

Drunk and staggering with immorality, the world is now dominated by individuals who care less about how they get money as long as they line their pockets.

Some have killed while others have joined cults to escape from marauding poverty and the dire consequences of an economy teetering on the brink of collapse resulting in Zimbabwe never running short of extraordinary cases of some people going overboard to amass wealth at whatever cost.

A fad running under the moniker manjuzu has gripped the country as some pull out all stops to get rich.

Generally, the manjuzu craze is discussed in hushed tones because those involved want the practice to remain shrouded in mystery.

“Basically, it is a cult,” said one lady who opened up to NewsDay.

“There are individuals, including self-professed traditional healers claiming to possess marine spirits who are either initiating people into the cult or selling ‘mermaid’ spirits to desperate individuals who are normally driven by the need to succeed financially,” she added.

A comprehensive testimony by one lady who is struggling to leave the cult revealed chilling details of the initiation ceremony.

She noted that she was invited by a friend who was living lavishly while they were in high school and together with about 25 other young ladies they attended an initiation ceremony presided over a queen mother.

The queen mother advised them that mermaids were created by God and their spirits are meant to help those in need.

“During the process, we ate cooked and uncooked rice, had wine and various other foods which we were made to understand as seafood. I could, however, not establish the real nature of the food.

“The queen mother later laid hands on us before giving each of the newbies a ring and a necklace. The ring might be removed when one wishes, but not the necklace for confidential reasons.

“We also had nyora (tattoo) next to our private parts and right hands so that anyone we sleep with or hold hands and rub sexually becomes our slave, giving us anything we want,” she confessed.

She further explained what she would normally do when she wants to get money from the rich and affluent, popularly known as mbinga (rich people) in street parlance.

“I have a white cloth where I kneel down on, sniff bute (tobacco snuff), and summon the spirit to help me locate a rich man to give me money. I then go to affluent hangouts like Sam Levy, buy a drink and wait.

“Men approach me and I initially rebuff their advances, but later give in. Generally men love sex and when I am quick to offer it, they yield in and once they sleep with me, that will be the end of it.

“I get as much money as I want from them,” she further revealed.

She also described how the spirit has helped her milk money from prominent musicians, business people and men of the cloth and advised men to be careful when engaging fancy-looking women.

Whether her account is true or not remains a mystery, but what cannot be denied is the fact that a number of women have become part of this cult.

Investigations by this publication revealed that there is a yawning gap between the traditional understanding of the manjuzu concept and the meaning it has assumed in the contemporary sense.

One researcher on African tradition religion (ATR), who declined to be named, said: “Njuzu is a broad term which basically means a foreign spirit, not of one’s ancestry that possesses an individual.

“These njuzus have different categories including svovanepasi (residing on land), garadziva (those residing in the waters), garamakomo; spirits that reside in mountains like Mount Inyangani, which are responsible for the disappearance of some people,  among others.”

The researcher added that the manjuzu, as used in modern day jargon are evil spirits.

“These mermaid spirits that are prevalent in today’s society are wicked spirits. I have heard people talking about how their mermaid spirits want them to show off their cleavage, constantly wear bum shorts, and nose rings, have different tattoos, want them to have sex with multiple partners among other things,” the researcher said.

The researcher argued that the African tradition does not have such spirits emphasising that the njuzu spirit is either bought nor evoked to possess anyone.

Actually, it is a spirit that comes riding on the back of one’s ancestral spirits, he explained.

The researcher was saying this in reference to investigations by NewsDay which revealed that a number of women were buying what is termed mermaid oil from individuals who claim that the oil has njuzu power.

Those who use these oils claim that they work wonders because they are currently enjoying the fruits, but like any practice that involves spirits, strict adherence to prescribed instructions is required, lest catastrophe strikes.

One lady in Borrowdale, an affluent suburb outside the central business district is said to be making a fortune from selling the mermaid oil.

“Traditionally, one does not get to choose the type of mermaid spirit that she wants, but the spirit has a way of revealing itself to the targeted person and the process is not done secretly with individuals, not of one’s bloodline,” headman Rodwell Kufandada Musonza from Goromonzi said.

It was also revealed that contrary to what is prevalent today that mermaid spirits are associated with riches, analysts argued that one might possess such a spirit and be poor.

According to analysts, what some women are engaging in the name of getting rich, is synonymous with courting evil spirits known as kurombwa.

The aforementioned ATR researcher dismissed this as purely evil acts.

“It is unfortunate that young girls think all this is clean, but they are invoking evil spirits. There is no such thing as mushonga weluck (lucky charm). Once you use that, know you are summoning evil spirits that will one day come back to haunt you,” the researcher said.

However, a lady who only chose to be identified as Keisha said: “What we do (manjuzu) is basically ATR, but people, through social media have chosen to demonise it.”