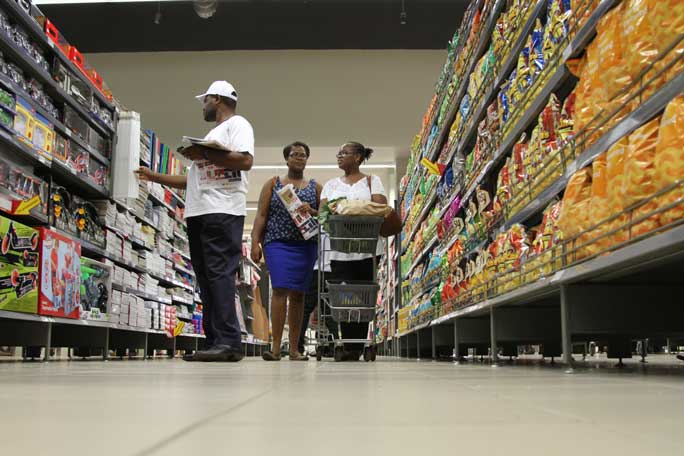 BY TATIRA ZWINOIRA THE United States Agency for International Development’s (USAID) food security arm says basic commodities are now out of reach for most low-income households.

Inflation, caused by the Zimbabwe dollar’s continued depreciation, rose to 191,6% in June, up from 131,7% in May. Month-on-month inflation rate reached 30,7% from a May comparative of 21%.

“In June, food inflation had seen a month-on-month increase of 31,7% and an increase of 226,2% since June 2021, contributing significantly to overall price increases on the market. In addition, the food and total consumption poverty lines increased by over 30% between May and June, the highest monthly gains in nearly two years,” FEWS NET said in its new food security update.

“In the face of rapidly rising inflation and largely stagnant wages and salaries, public and private sector employees are increasingly demanding salaries in USD or part-USD to cushion themselves from this inflation and the depreciating Zimbabwe dollar.”

FEWS NET said at the end of June, the Zimbabwe dollar traded at $366,27/1USD on the official auction system, a 26% jump from May and almost 330% above the same time last year.

“Meanwhile, parallel market exchange rates have increased nearly 45 % since May to around 650 ZWL/USD, representing an almost 400% increase over June 2021 rates, contributing significantly to ZWL price spikes.”

FEWS NET said payments in Zimdollar in both formal and informal markets had now been set prohibitively high, at or above parallel market rates.

FEWS NET’s research shows that the Zimdollar prices of most basic commodities spiked in May and June at even higher rates than in the recent months.

June, in particular, recorded significant US dollar price increases, including on bread, which rose 40% since May but has now marginally reduced due to government intervention.

Cooking oil and maize meal prices went up 30% and nearly 50%, respectively, between May and June.

Starting in May, shortages of some essential food commodities, including cooking oil, maize meal and sugar, were reported as a result of the Zimdollar’s volatility.

“In addition, some commodities not readily available in formal supermarkets are increasingly available in informal outlets, where they are sold exclusively in USD, rendering them too expensive for poorer households,” FEWS NET said.

Despite the government announcing measures meant to promote the appeal and use of the local currency and control foreign currency exchange rates and inflation, in May and June, the market has largely ignored them.