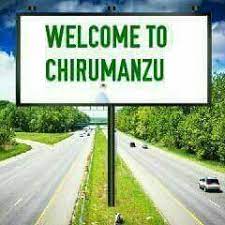 [ad_1] BY STEPHEN CHADENGA ATTEMPTS by acting Chirumanzu chief, Fidelis Mudzengi, to stop a welcome ceremony for the Chiminya Makono Mutyanda sub-house to the Chirumanzu royal family clan hit a snag, with the function set to be held in Mvuma today, Southern Eye has established. The clan invited Mudzengi to the event, which they said, […]

ATTEMPTS by acting Chirumanzu chief, Fidelis Mudzengi, to stop a welcome ceremony for the Chiminya Makono Mutyanda sub-house to the Chirumanzu royal family clan hit a snag, with the function set to be held in Mvuma today, Southern Eye has established.

The clan invited Mudzengi to the event, which they said, among other objectives, seeks to unite the Chirumanzu chieftainship houses of Nherera and Simba as well as completing the nomination process of substantive Chief Chirumanzu.

However, Mudzengi has dismissed the meeting as “null and void.”

This is despite the clan having been granted clearance by the police to hold the function.

“I do hereby, in my capacity as the acting Chief Chirumanzu, inform and advise that the ceremony slated for the September 25 2021 is declared null and void,” part of Mudzengi’s letter to the clan committee chairman, Vincent Jumo, read.

“Therefore, it should not be held as it was amplified by your invitation to me. The one Chiminya Makono, first born to Nherera clan’s welcoming should be considered and announced by myself in my official capacity if need be.”

He added: “If you proceed to hold the same, (the) law shall reach you as all the necessary and relevant offices have been informed of the refrainment.”

Following the clan’s application for clearance in a letter dated September 8 2021, police cleared the meeting and promised to deploy officers to “cover the event in line with COVID-19 regulations”.

The clan’s lawyers also wrote to Mudzengi advising him that he could not stop the ceremony from going ahead.

“It is our client’s considered view that the prerogative and powers to decide on such issues remained vested and is their (clan committee) core business in as far as Chirumanzu clan’s issues are concerned,” lawyer Ruvengo Maboke’s letter read.

“Further, that you as acting chief, you are a member thereto by virtue of your position. However you do not have overriding powers to stop or bar activities lined up by the committee per se.

“Further, it is our client’s concern that you decided to use the letterhead of the so-called trust (Chirumanzu Chieftainship Development Trust), which was fraudulently registered behind our client’s back and is not officially recognised in as far as Chirumanzu chieftainship issues are concerned.

“Also note that the trust is being challenged at the Masvingo High Court in its entirety and we hope by now you have been served by a copy of the application challenging the same.”

The lawyer said Mudzengi could not stop the proceedings as all the relevant authorities had been informed and that some would be in “attendance including the provincial and district police officers which you (allegedly) tried to influence to block the ceremony.”

The battle for the Chirumanzu chieftainship started following the death of the late Chief Jerald Mudzengi in February 2019.

Fidelis, son to the deceased Mudzengi, has been acting since then, but has allegedly refused to hand over power to heir apparent, Julius Chimbi Chigegwe, at the end of his acting term in February this year.