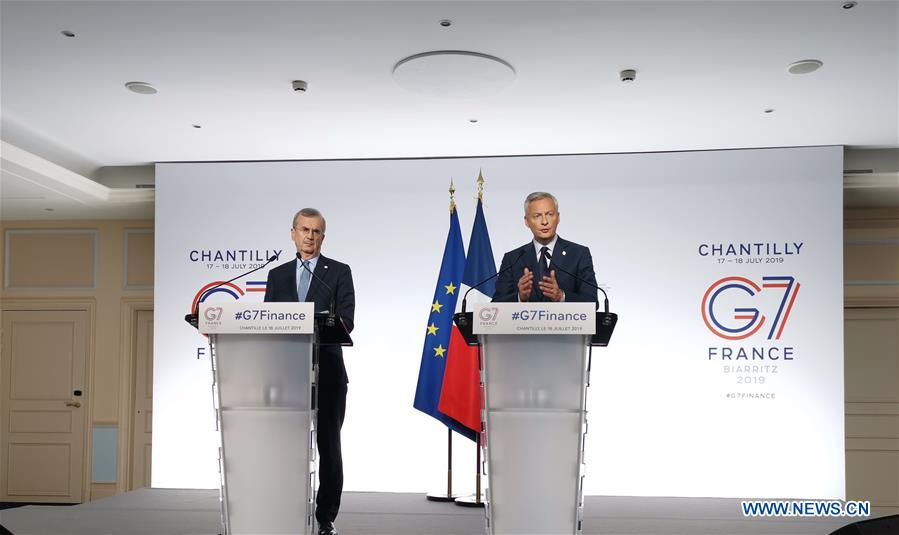 On July 18, 2019, the finance ministers from the Group of Seven (G7) countries – the United States, the United Kingdom, Canada, Canada, Germany, Italy, and Japan, or the world’s most advanced economies representing 58% of the global net wealth – have had their latest meeting in the French town of Chantilly. The issues they […]

On July 18, 2019, the finance ministers from the Group of Seven (G7) countries – the United States, the United Kingdom, Canada, Canada, Germany, Italy, and Japan, or the world’s most advanced economies representing 58% of the global net wealth – have had their latest meeting in the French town of Chantilly. The issues they discussed were important for the entire world, considering that they do represent some of the most powerful economies around the globe. One of the main topics was a fight against inequality – French finance minister Bruno Le Maire invited his counterparts from the other member states to “rebuild capitalism” into a fairer, more sustainable system. There were, in turn, other topics discussed at the meeting that sounds like bad news for some of the biggest internet companies of our times.

Smartphones are today an integral part of our (digital) life. We use them for everything between checking updates on social networks to checking odds at Betway – and more importantly, smartphones are becoming one of the most widespread tools of making payments online. This is what Libra, the cryptocurrency-like coin proposed by Facebook, wants to tackle: it wants to become a universal currency available to anyone around the world. And this seems to threaten the stability of the global monetary system.

The G7 ministers agreed that new and untested digital currencies like Libra could destabilize the international monetary system and they are not yet ready to be implemented. They demanded that regulations on the matter be implemented before even considering introducing a new currency that could have the same role and power as a sovereign currency.

One of the hottest issues today is the tax paid – or rather not paid by technology giants from the US – Amazon, Facebook, Google, and Apple, among others – on the wealth they generate in countries where they have no headquarters. France’s regulators have already proposed a measure that would tax these companies 3% on the sales they generate in the country, despite being threatened with retaliation by the US. The idea was reiterated at the G7 finance ministers’ meeting this week, and they all agreed “in principle” that countries should indeed tax “activities without physical presence, in particular, digital activities”. A two-pillar solution on this matter will be elaborated and likely be implemented no sooner than next year.

One of the most important issues discussed by the finance ministers of the G7 countries at this week’s meeting was the revamping of capitalism itself. “The capitalism that exists today is out of breath. We want a capitalism which is fairer, more respectful of the sources of the planet and more sustainable. This is our ambition in the G7 finance ministers meeting”, French Finance Minister Bruno Le Maire said. France has made fighting inequality the main focus of its G7 presidency, with goals like reducing environmental inequality, promoting more fair and equitable trade, tax and development policies, and taking action for peace, against security threats and terrorism.