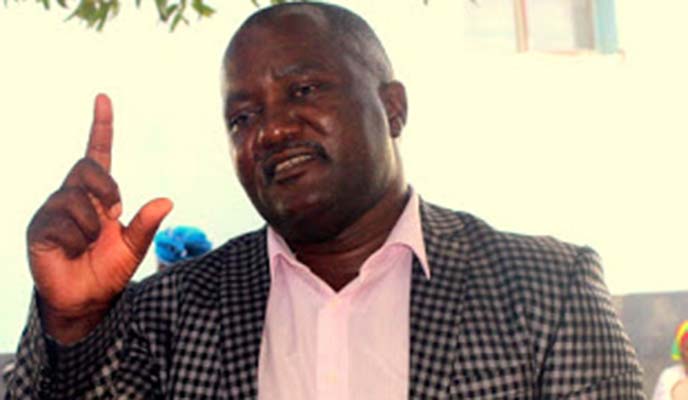 A 66-year-old farmer and long time Zanu PF benefactor, Yvonne Goddard, who funded the party’s 2005 provincial elections campaign and provincial conference in 2001 has been kicked out of her CrestaIbeka Farm on the outskirts of the city, inspite of her benevolence.

A 66-year-old farmer and long time Zanu PF benefactor, Yvonne Goddard, who funded the party’s 2005 provincial elections campaign and provincial conference in 2001 has been kicked out of her CrestaIbeka Farm on the outskirts of the city, inspite of her benevolence.

The widow, who had lived on the farm for the past 45 years, learnt the hard way that one good turn does not automatically deserve another, after newly-elected Zanu PF provincial chairperson, Ezra Chadzamira, grabbed her 120-hectare dairy farm, leaving her destitute in the process.

Chadzamira yesterday declined to comment on the matter, although he recently told the media that his takeover of the farm was above board, claiming Goddard was underutilising the property.

“The farm was not being fully utilised. We could not just watch the land lie idle yet it has the potential to grow the economy,” he was quoted saying.

In a bid to protect her property from the violent 2000 land seizures, Yvonne and her late husband, Graham had been funding Zanu PF since the formation of the opposition Movement for Democratic Change party (MDC) led by Morgan Tsvangirai.

“We are very grateful for all the trouble you have taken to support our cause. We realise the difficulties faced by business these days, making us all the more appreciative of your donation.”

Mumbengegwi went an extra mile by adding a handwritten post script (P/S) which reads: “I would like to meet you in person to thank you again for such a generous support”

In 2005, the couple again oiled the ruling party’s election campaign machinery with a cash donation of ZW$1 000 000.

In another stamped letter, with a receipt with the party’s logo (number 48811), dated June 27, 2005, then provincial treasurer, Lovemore Matuke, thanked the couple for the support.

“On behalf of the party, I wish to express my profound gratitude and sincere appreciation for the donation towards the 2005 parliamentary elections.

“Your donations will go a long way in assisting the party. Once again, I wish to thank you sincerely for supporting the party,” reads the letter.

This is not the first time Zanu PF has turned on its funders, as former liberation war financier, Allan Munn’s family recently had its Mashonganyika Farm in Goromonzi grabbed by First Lady Grace Mugabe’s aide, Deputy Police Commissioner Olga Bungu.

Munn was heavily involved in the liberation struggle, fighting in Zanu PF’s corner and later played a pivotal role the negotiations leading up to the September Declaration and the signing of 1979 Lancaster House Agreement, which culminated in Zimbabwe’s independence in 1980.