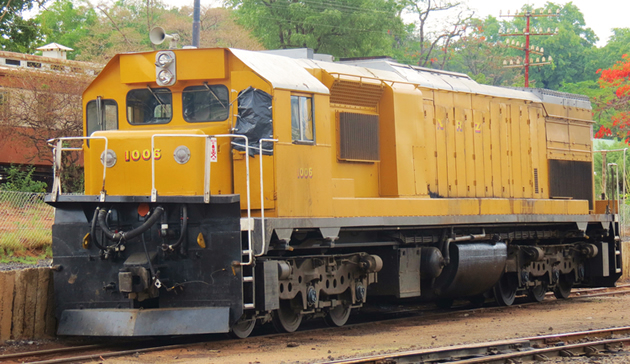 State-owned National Railways of Zimbabwe (NRZ) says it narrowed its losses in the full-year to December 2013 by 7% to $49 million but poor business and failure to recapitalise have left the parastatal facing a bleak future.

HARARE– State-owned National Railways of Zimbabwe (NRZ) says it narrowed its losses in the full-year to December 2013 by 7% to $49 million but poor business and failure to recapitalise have left the parastatal facing a bleak future.

The ailing parastatal reported in the annual report for 2013 that its revenue fell by five percent to $86,2 million.

Administration expenses shot up to $61,3 million from $47,2 million while finance costs were down to $1,6 million from $2,1 million the previous year.

“The NRZ’s operational capacity continued to fall as the organisation failed to secure recapitalisation funds. The organisation experienced challenges in the availability of key resources such as locomotives and wagons,” he said.

Mukwada said the parastatal was still the primary mode of transporting cargo for business, moving 89%of the revenue earning traffic of 4,2 million tonnes availed by the market.

The release of the report follows the appearance by NRZ’s workers union representatives in Parliament last month to press for a forensic audit into the parastatal’s operations.

The workers, who have gone for over 13 months without getting paid and are owed $68 million, said the company was top-heavy, noting that in 1999 the company had one general manager and three assistant general managers presiding over 12,000 employees while moving 18 million tonnes of goods annually.

Currently, it has one (acting) general manager, five directors and several managers who superintendent 6,000 employees while moving cargo that is nearly 80% down on the 1999 levels, accounting for the increase in administration costs.

The unions asked government to review public private partnership agreements with logistics giant, Grindrod Limited, which they say are not benefiting the company.

In 2013, Grindrod bought an 85% stake in the Bulawayo-Beitbridge Railway (BBR) through its subsidiary, New Limpopo Projects Investments (NLPI) and entered into an agreement with government and the NRZ to service and market the 470 kM rail link between Bulawayo and Victoria Falls to provide a North-South corridor.

Workers said the corridor was NRZ’s cash cow, and that the agreement deprived it of a viable business route and exacerbating its operational challenges.

NRZ is saddled with a $144 million debt and government is negotiating with the Development Bank of South Africa for a loan of up to $700 million to fund its rehabilitation.