Elections: When non-participation is important 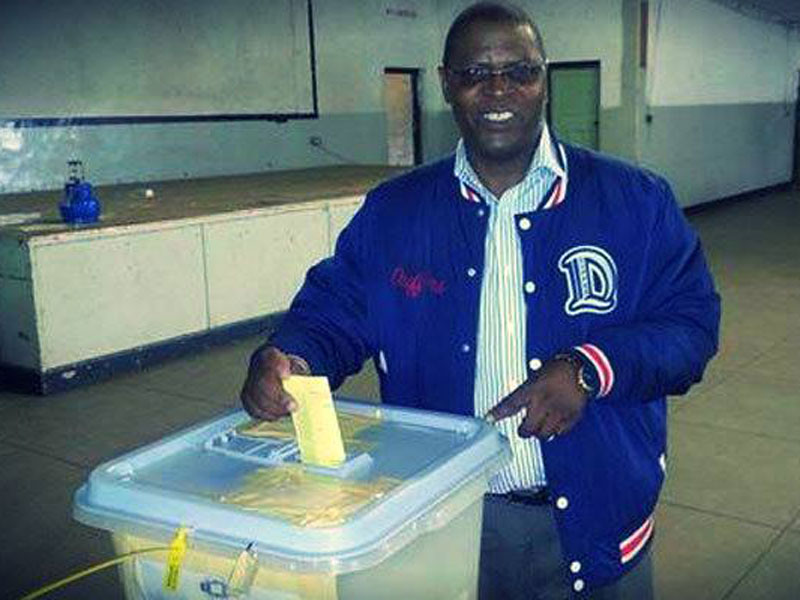 Soon after the harmonised July 2013 general elections, the MDC recognised the futility of participating in by -elections before the full implementation of the electoral reforms that had been agreed to by the three political parties, which were part of the inclusive government.

Soon after the harmonised July 2013 general elections, the MDC recognised the futility of participating in by -elections before the full implementation of the electoral reforms that had been agreed to by the three political parties, which were part of the inclusive government.

Readers will recall that the new national constitution contained new clauses on electoral reforms and that an agreed new Electoral Act had been agreed to but before it could be enacted and operationalised, Zanu PF abandoned the (Global Political Agreement) GPA electoral roadmap and with the support, some might say connivance, of the then Supreme Court sitting as a constitutional court, frog marched the country to premature elections which were then conducted under electoral laws enacted by Presidential decree but not operationalised.

The net effect of this was once again the holding of national elections which became highly contested and whose outcome ,made little sense to the people in general and in some instances shocked not just the ‘losers’ but the ‘victorious’ Zanu PF candidates, many of whom were astonished and could not comprehend their own victories.

Also astonished were many voters who had voted for us across the width and breadth of the country at specific polling stations but at the counting stage were told that the candidates they had voted for had obtained zero votes.

Even more disappointing for her was our inability to explain to her how such electoral outcomes were possible in those circumstances.

It is within that background that the MDC is conspicuous by its absence from the country’s restless June by -election arena.

As president of that truly democratic, people-grounded party, I share the pain and disappointment of party members, supporters and other Zimbabweans, who feel that our non-participation is a betrayal of the very spirit of democracy that we cherish.

On paper Zimbabwe is a constitutional democracy, thus ordinarily no political party worth its salt can afford not to participate in any election.

This is why we, as a party, have participated in most – if not all – elections since year 2000.

The essence of our non -participation in the by -election is driven by our desire to bring attention to and put pressure for the full and unconditional implementation of the electoral reforms contained in the new constitution and in the agreed Electoral Act negotiated and endorsed by the parties participant to the inclusive government.

The core problem being the gulf between actual electoral practice by both the government and the Zimbabwe Electoral Commission on the one hand and the dictates of the law as contained in the constitution and electoral laws of the country.

In this regard, the system of voter registration culminating in a voters roll; location and management of polling stations; printing, distribution, allocation and security of ballot papers; the integrity and security of ballot boxes; the freedom and security of the voter, before, during and after voting; the secrecy of the vote itself and the integrity and security of the ballot itself and the assurance that each vote cast will count equally together with the assurance that no fake votes will find themselves as part of the votes counted; are all critical building blocks in the algorithm of multi-party democracy and ensuring that electoral outcomes truly reflect the true will of the people.

There are those who might think that some of the above matters are about technical and procedural issues.

However it is these procedural and technical issues that go to the heart of how people express their will.

This is why, this time, a decision was made by the key stakeholders of the party to stay out of the electoral melee. At least, for now.

Today I write because I notice, with a certain degree of trepidation that there is widespread misinterpretation of our intentions and motives for non-participation in by -elections.

Some people feel by us campaigning for a YES vote in the 2013 Constitutional Referendum, my party MDC inadvertently endorsed defective electoral institutions credited with moderating the disputed July 2013 electoral outcome.

There might be a grain of truth in this since constitutions are man-made, and thus, it is impossible, especially in an abrasive multi-party process, to create a constitution embraced by each and every citizen.

Large-scale compromises had to be made to accommodate multi-stakeholder interests – especially on institutions that safeguard democracy – yet overall, our national constitution meets the minimum internationally accepted standards.

But this is not time for blame-game. There are substantive matters that relate to MDC’s electoral boycott and demand for reforms that I seek to tackle head on in this treatise.

Section 67 of our national Constitution imposes an obligation on the State to ensure that every citizen who is eligible participates in free and fair elections.

Section 238 then ‘safeguards’ this right by creating the Zimbabwe Electoral Commission (ZEC) while defining its independence to ensure our participation is untainted with malignant partisan interests.

Other aspects of the constitution that ordinarily would have enhanced our confidence relate to the electoral process itself, qualification of voters and the judicial adjudication processes.

It was in this context that the MDC opted to join the protagonists in 2013 only after a lot of soul searching, consultation with key stakeholders and regional heads of government.

Mind you, throughout my party’s tenure in the inclusive government we argued vehemently for institutional reform, at times remonstrating outside the ring because some opposition leaders went out of their way to exclude us from the ‘circle of power’.

This is why even when campaigning under difficult conditions; we appealed to Zimbabweans to embrace devolution as a means of unpacking power from the center to the people.

On numerous occasions comrades in the struggle, who felt that their own arguments had better traction to influence political dynamics in the Government than us were consistent in excluding and marginalising us in key Inclusive government decision making processes.

Zanu PF, particularly President Robert Mugabe, made it difficult even for the barest of all reforms to be agreed upon and adopted, let alone implemented.

Thus, when time for elections came, we were left exposed by legitimising a process whose stealth behavior evaded our scrutiny.

In retrospect one can see the logic behind those who argued vehemently against participation in the 2013 harmonised election.

My speech in Mozambique at the heads of Sadc echoed the same sentiments that Zanu PF was not ready for fair play.

Now we are wiser, thus, the rationale of those that accuse us of not participating is difficult to comprehend especially that the skewed conditions that cost us votes in 2013 still prevail.

Are we going to be rendered non-relevant? I say no, because non-participation has its own strategic implications as articulated below.

The Zimbabwe Election Support Network (Zesn) has over the decade explained the importance of appreciating the electoral cycle.

After the 2013 electoral debacle, my party and I are more adept at isolating some of the factors in the cycle that make it almost impossible to accomplish our mission to dominate Parliament.

My point is simple: why participate in an election, which is not only adjudicated by your rival and also essentially a handicap match, but whose outcome is predetermined by hook and crook.

Vice president Emmerson Mnangagwa, as Justice minister, has argued ad nauseam how it is difficult to align all toxic laws with our new national constitution.

Justice Rita Makarau has bent over backwards to defeat the very clauses that do not allow Zanu PF apologists and Registrar General Tobaiwa Mudede to keep their hands out of the electoral cash register.

ZEC is so under-funded and overly dependent on its parent ministry, so much that the good judge herself has ‘confessed’ how difficult it is to administer elections to the satisfaction of all stakeholders.

Some critics may not concur with me, but I was one of the few political leaders in the inclusive government who perpetually raised the red flag on the paralysis of electoral reform and implementation.

At that time, those that ‘drank tea’ with Mugabe, and acknowledged Arthur Mutambara as ‘more principal than Welshman Ncube’ made it difficult for us to inject traction into the electoral reform agenda.

This is why today, as we move closer not only to the June by -elections, but also to the 2018 elections, there is still a pervasive paralysis in electoral reform implementation.

Millions of young people and Diaspora citizens will be disenfranchised by an electoral system that is modelled along ‘one party democracy’.

Moreover, even the fragmented state of opposition politics in Zimbabwe presents obstacles in tackling Zanu PF obstinacy as a united front, because some leaders consider themselves more equal than others.

Zanu PF still controls public media, and uses its Parliamentary majority and occasionally gets the judiciary to endorse its purely politically agendas with constitutionalism and legality.

Therefore, I want to ask you: what value would the participation of MDC or any opposition political party for that matter – add to the building blocks of a truly democratic Zimbabwe?

What good is there in wasting resources preparing and participating in by -elections that would create the impression that there is nothing wrong with our electoral system?

I therefore insist that by not participating we are sending a strong message that there should be a change.

It is not the mechanistic exercise of fake elections that brings democracy.

Elections must be elections, which mean they must present a real opportunity for people to make a choice between or among different political parties/ individuals.

My colleagues and I who lead the opposition parties have to be prepared to defer our dreams for better national good rather than pursuing rent-seeking parochial interests.

The MDC and I are in it for the long haul – to win – not just dressing the devil in pin -striped suits to conceal its evil nature.

These are the rare times in our politics when non-participation is an invaluable tool in the struggle for a democratic Zimbabwe.

We shall overcome, sooner than later.