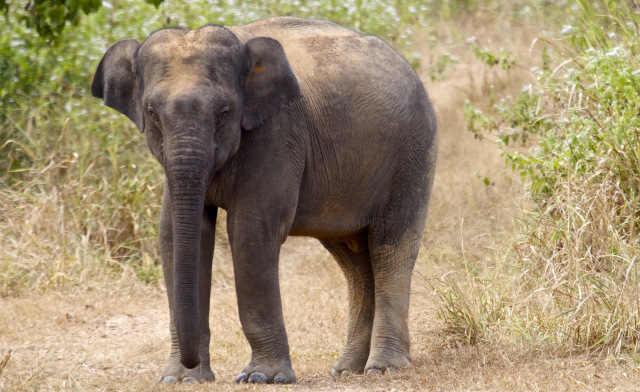 A wildlife sanctuary in central Zimbabwe has denied reports that a number of baby elephants controversially captured in western Zimbabwe have been re-homed at the sanctuary, it emerged on Tuesday.

Harare – A wildlife sanctuary in central Zimbabwe has denied reports that a number of baby elephants controversially captured in western Zimbabwe have been re-homed at the sanctuary, it emerged on Tuesday.

There have been claims that an international outcry over a number of elephant calves rounded up in Hwange National Park late last year has persuaded the authorities to send some of them instead to the Umfurudzi Park on the Mazowe River, 150km from the Zimbabwean capital Harare.

But in a statement shared on Facebook, Umfurudzi park management said the reports were not true.

“This is not correct… Umfurudzi Park has not been approached by Zimbabwe Parks and Wildlife Management Authority to take these juvenile elephants,” the statement said.

The news will be a disappointment to wildlife lovers who had been hoping that the export of the elephants to China and other destinations would not go ahead. Some animal fans say that since elephants are highly sociable animals, it is cruel to separate the calves from the rest of their families.

President Robert Mugabe’s government says elephant over-population is causing environmental damage in Hwange and exporting the animals is kinder than killing them. It also insists that the exercise will raise much-needed funds to pay state rangers. A live elephant can fetch up to $60 000 on the international market.

Government sources in Zimbabwe told News24 that they believe no more than 27 calves have been captured since late last year, though some conservation groups say the figure is higher.

Five elephant calves captured in Hwange in a 2012 operation were sent to Umfurudzi instead of to China in early 2013, Umfurudzi park management confirmed.

“The calves are all doing very well and have integrated well into a herd of adult animals. The herd is now up to 16 animals and is very settled,” the statement said.