AKA speaks on xenophobic attacks 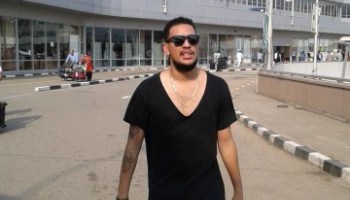 AKA has admitted to the xenophobic attacks which recently hit South Africa, but says it's just a small group of people ruining his country's good reputation.

The award winning rapper says South Africa is still welcoming, friendly and hospitable to all foreigners.

LAGOS – AKA has admitted to the xenophobic attacks which recently hit South Africa, but says it’s just a small group of people ruining his country’s good reputation.

The rapper who recently performed at this month’s One Mic Naija concert in Lagos, told Pulse TV’s Jayson Rogue, It’s sometimes unfortunate that some things do happen that we sometime do not understand.” But, ”you can ask anybody who’s been to my country and he’ll tell you we are welcoming, we’re friendly and we’re hospitable.”(sic)

”It’s a small group of people who have unfortunately damaged the reputation of south Africa . . .but at the same time it’s moments like this that have to make us sit back and assess our position in the continent and how involved we are with our brothers and sisters.”(sic)

AKA whose music has been widely accepted by Nigerians also hinted that one of the reasons why he agreed to return to Nigeria was to represent South Africa in a positive light and remind fans that it’s just a small portion of people who are carrying out the deadly attacks on foreigners.

”We love our African brothers and sisters whether you come from the South, East, West or the North. It’s just unfortunate.” he ended.