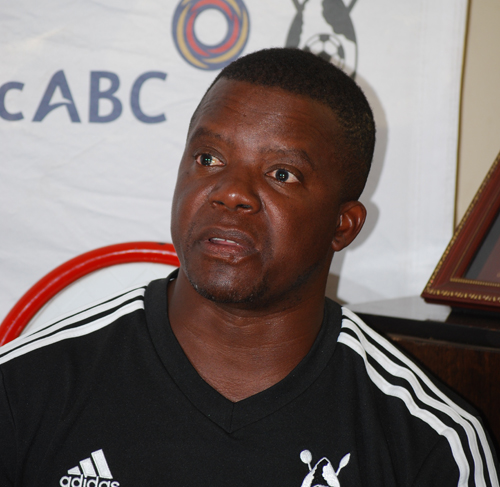 HIGHLANDERS coach Bongani Mafu was left a relieved man yesterday as the Bulawayo football giants picked three points and with that, a move into fourth place on the Castle Lager Premiership table after a hard-fought narrow win over Dongo Dongo Sawmill at Vengere Stadium in Rusape.

HIGHLANDERS coach Bongani Mafu was left a relieved man yesterday as the Bulawayo football giants picked three points and with that, a move into fourth place on the Castle Lager Premiership table after a hard-fought narrow win over Dongo Dongo Sawmill at Vengere Stadium in Rusape.

BY KENNETH NYANGANI IN RUSAPE

Mafu came into the match under pressure after their 1-0 league defeat against Chapungu in their last league match that saw the team’s fans marching to the side’s club house protesting against the team’s poor performance.

On the other hand, it was another bad day for the home side Dongo Sawmills who are still to collect maximum points in their debut season in the top-flight league.

Highlanders assistant coach Mandla Mpofu said there was a lot pressure from fans to win the match.

“We came here to win and we achieved that. We are happy with the way the boys played. We introduced Eric Mudzingwa in the second half to protect that goal instead of looking for another goal,” Mpofu said.

”My boys are playing very well, but they are just conceding silly goals. Maybe it’s because they lack experience, but l am pleased with the way they are playing. I am, however, worried about where we are going,” he said.

Both teams started the match on a slow note weighing each other, but could not create meaningful chances in the opening minutes of the match.

The home side’s best chance came in the 22th minute when Bosso defender Felix Chindungwe fouled Physwell Madhazi on the edge of the box. Evan Chikwaikwai’s resultant free-kick missed the target by a few inches.

The visitors then went ahead through a Nqobizitha Masuku header in the 28th minute to silence the home crowd.

Dongo Sawmill, who were looking dangerous on set pieces, almost scored from a free-kick when midfielder Dion Coutinho shot missed the target by a few inches with Highlanders shot stopper Ariel Sibanda beaten.

On the stroke of halftime, Highlanders goalkeeper Sibanda denied Chikwaikwai a goal with an acrobatic save.Dongo pushed hard for the equalizer in the second stanza but Sibanda again made a wonderful save to deny Chikwaikwai in the 58th minute.

On the hour, Dongo striker Martin Nyanzira watched in disbelief as Sibanda made another save before the home side’s goalkeeper Tinashe Mberi was called into action in the 70th minute to palm away Mudzingwa’s drive.

But Highlanders could have had the last say in the match but with 15 minutes remaining on the clock but Gabriel Nyoni missed a sitter with only Mberi to beat.