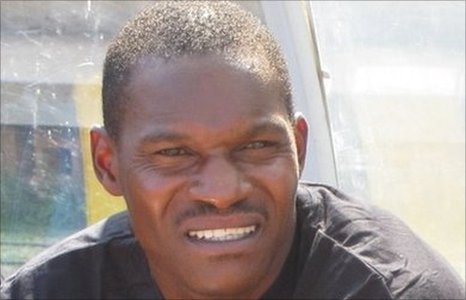 The football gods might have forsaken embattled FC Platinum coach Norman Mapeza as a bus full of supporters yesterday threatened to beat him up following their loss to Harare City in a Premier Soccer League match at Rufaro.

The football gods might have forsaken embattled FC Platinum coach Norman Mapeza as a bus full of supporters yesterday threatened to beat him up following their loss to Harare City in a Premier Soccer League match at Rufaro.

His world crumbled when the supporters in William Shakespeare’s plebian fashion turned on him and called for his head, ironically, after showing him support a fortnight ago.

The fans had loyally waved placards at Mandava in support of the gaffer who is highly rated locally as one of the finest coaches in the Premiership, but had been vilified by a section of diehard supporters. The supporters physically barred players from boarding the team bus.

Striker Donald Ngoma, who missed the best chance of the afternoon, had a verbal tennis game with the supporters, threatening to beat up one of them and it took officials and the police to calm down tempers.

The result was FC Platinum’s third league defeat of the season on a rainy afternoon they appeared to be on course for maximum points after Walter Musona had thrust them ahead 13 minutes after the break.

But Harare City substitutes Tino Kadewere and Benson Maglasi helped the capital city side stage a comeback and pile more misery on FC Platinum who dropped one place on the log to position 11.

“The worst result we could have taken home is a point, but look, it ended up otherwise,” said Mapeza. “We just have to soldier on in this rough terrain. We just lost the game and I do not want to blame the players or come up with lame excuses. I cannot complain about the way we have been playing because we have been doing well. It is just that we have been missing a lot of scoring opportunities. At the end of the day football is about scoring goals and if you do not score, it does not count. We could have defended the second goal, but we had a lapse in concentration.”

For City it was a fourth straight unbeaten match which helped them leap three places up to sixth on the log. It was relief for Taurai Mangwiro who had been under severe scrutiny after starting the campaign with a loss to Tsholotsho.

Mangwiro praised his substitutes who carried the day for the side.

“Today’s victory meant a lot to us and could be important as far as the season progresses,” Mangwiro said. “There has been some pressure on us after we lost our first game against Tsholotsho, but we have been resilient of late. At least the team is taking shape and it is important that as the season progresses we continue grinding out results. It was not an easy game and we had to dig deeper and we came good. That is the sign of a good team. We had allowed them (FC Platinum) to score first, but we were controlling the game. I thought all the substitutions we made were very effective.”

After a dull first half that had no meaningful attempt at goal from both sides, the last stanza improved with Musona lighting it up by converting from a freekick outside the box.

The goal appeared to have triggered some relentless attacking from City who had Kadewere hitting the post with a low shot just four minutes after he was introduced on the hour mark.

Eighteen minutes before full-time, Kadewere again dribbled past the Platinum defence and shot past Petros Mhari to level matters. Maglasi then wrapped it up for City on 90 minutes by connecting a Talent Chawapihwa feed.