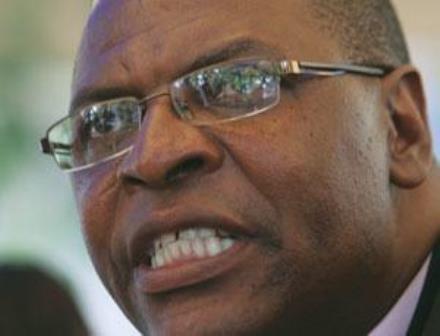 Zimbabwe is a constitutional democracy. What this means is that most, if not all political processes must be guided by rational constitutional order as outlined in our country’s constitution.

Zimbabwe is a constitutional democracy. What this means is that most, if not all political processes must be guided by rational constitutional order as outlined in our country’s constitution.

The implications of this are that even our internal party processes  – if at all we are worthy of a name ‘democratic movement’ – must echo those provisions of the ‘main’ constitution which afford our members and bind leaders to the values of free expression, free association, free choice and rule of law.

A democratic constitution is the gold standard – as it were – of civilised human behaviour.

This is why it is unavoidable that in a country and political order where constitutionalism – limited government based on fundamental law – reigns supreme, citizens and members must be afforded an opportunity to place whom they prefer as leaders through free, fair, transparent democratic elections.

Fortunately, for us as the Movement for Democratic Change (MDC), we not only participated in constructing Zimbabwe’s national constitution but also our value systems and operational ethos fall squarely within the paradigm of and are commensurate with democratic constitutionalism.

This is the very reason we are always quick to ‘flee the political crime scene’ where basics of democratic constitutionalism are blatantly flouted.

The constitution is meant to limit state power, or at least define its boundary, assuming other institutions for checks and balances exist.

This ‘social contract’ avails to Zimbabweans a means to resolve conflicts based on a high level of civic education and shared belief in rules rather than power.

The constitution defines relationships between the (rights of) community and (powers of) government.

However, if your argument is that elections are unavoidable because they lend legitimacy to rulers, you are only partially correct.

We now know that legitimacy is relative, because most local opposition parties and Western governments question the legitimacy of Zanu PF governance.

Both Southern African Development Community (Sadc) and African Union (AU) might put up brave faces to make the world believe in the legitimacy Zanu PF governance, but there are more who cast aspersion on it than those who embrace it.

There is a simple explanation to this dichotomy.

I have already stated above that constitutions create institutions that support democracy.

It is such institutions that should ensure elections are processes, not just events, and that these processes are acceptable to all or most stakeholders.

Our national elections are perennially disputed because none of us – except Zanu PF – has confidence in our electoral institutions and the process they preside over.

Besides, our government vehemently resists requests to widen the spectrum of election observation.

Even if citizens do not vote – and it is not a good thing –  they can still participate by taking part in political campaigns, forming groups to resolve local political problems or direct contacts with public officials on any issues. This in a way is another means of de-legitimising an unpopular government.

My question this Friday, thus is: where citizens suffer under the yoke of authoritarian dictatorship, are we hamstrung by electoral democratic constitutionalism in attempting to place leaders of our choice in government?

In its own cruel way, democratic constitutionalism does place limits on how opposition political parties contest for political control.

Military action and violent behaviour are excluded from the menu of democratic decency.

The MDC is signatory to Zimbabwe’s democratic Magna Carta, thus we have to approach the contest for political power with one hand on our national constitution the other on acceptable, universal human behaviour.

This ordinarily means even where other protagonists or for that matter, the ruling Zimbabwe African Union Patriotic Party (Zanu PF), are habitual flouters of constitutionalism, we should remain true to our values of non-violent participation in electoral processes.

Our constitution is not perfect but boasts one of the best Bills Of Rights in Africa.

We also bent over backwards – during our time in the coalition government – to ensure that electoral and other institutions that safeguard democracy remain professional and non-partisan.

During our tenure in the legislature and its various committees, we participated in debates on designing democratic electoral laws to the best of our availability.

Unfortunately, constitutionalism is more than just the written word.

It embraces attitudes, behavioural norms, overt and covert motives and ultimately human emotion.

Most of these noble motives were defeated by political self-interests beyond our control.

If the MDC is in the business of; and its mandate is to assume political power – which is the case –  Zanu PF exerts as much effort to maintain, retain and perpetuate political power using the most unorthodox of all means.

The citizens become caught up and entangled in the vagaries of power struggles that at times lead to blatant violation of the constitution and longterm voter apathy.

The recent Buhari-Jonathan electoral contest in Nigeria has proved beyond reasonable doubt that true electoral democracy can be a reality even in Africa.

Where electoral institutions are independent, non-partisan and professional, the wishes of citizens can be fulfilled without a need for bruising post-election court battles.

Goodluck Jonathan accepted and conceded defeat. Electoral democracy is not rocket science and yet some, like Zanu PF, have a problem putting to practice what constitutionalism preaches.

This is why it is crucial that citizens remain exposed to and debate non-electoral peaceful methods of pushing their leaders into power.

In a normal political environment, one might argue that elections confer legitimacy to representatives.

However, normality in governance goes only to the extent that leaders adhere and are willing to abide by principled value systems.

As one writer once put it: “Legally speaking, therefore, there is, in the Constitution, nothing that professes or attempts to bind the “posterity” of those who establish it.”

In the case of Zimbabwe, elections have created an elitist cabal of self-centred leaders totally detached from reality.

The matter of their ‘legitimacy’ is further complicated by that nobody knows for sure how many citizens out of a possible adult population of six million actually vote.

It therefore becomes questionable to what extent our elections actually confer legitimacy to those in power.

There are those who would argue for sortition – a ‘primitive’ type of Athenenian democracy where lottery rather election was preferred.

In the past 20 years, the world has witnessed  many peaceful ‘revolutions’ however some ending up with elections, others, like the Arab Spring, degenerating into utter sectarian chaos, anarchy and violence.

Our constitution has a strong case for peaceful demonstrations, but these would not necessarily point to a change of government. There are also instances where an incumbent president can ‘abdicate’ or resign, but then anyone who takes over can only do so for a limited time before the next elections.

Says Wikipedia: “The phenomenon of civil resistance is often associated with the advancement of democracy.”

Therefore, the answer to my question is yes. If Zimbabweans have no confidence in the electoral processes, they can agitate for changes by using peaceful popular dissent. It is part of their democratic right to free expression and association.