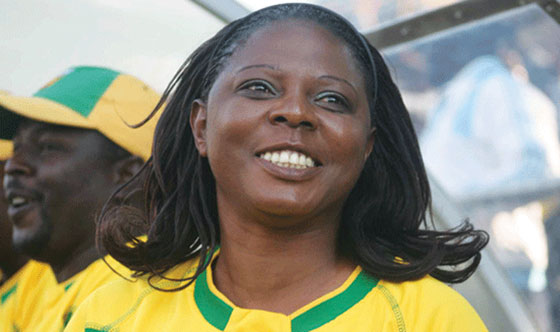 The Rosemary Mugadza-coached side regrouped in Harare on Sunday and started training at the Zifa Village.

Mugadza has called in camp 25 players who would be trimmed to 18 later this week.

Zimbabwe would be looking to overturn a 1-2 deficit suffered in the first leg in Accra a fortnight ago.

In this encounter, the Mighty Warriors need a 1-0 win or at least a two-goal margin victory to progress to the September games to be hosted by the Congo Brazzaville.

From the team that travelled to the West African country, Mugadza has made one change, dropping striker Rufaro Machingura due to illness and replacing her with Relience Maphosa of Hwange ladies.

However, Maphosa was not part of the group that trained yesterday although she was expected to join camp last night.

The Mighty Warriors will go into the match on the back of a drop on the Coca-Cola Fifa rankings, slipping a place down to further drift away from the top 10.

The Mighty Warriors have fallen down to 13th position in Africa and 98 in the world.

Their opponents Ghana are ranked second in Africa and 52 in the world.

The last time the rankings were released on December 19 last year, the Mighty Warriors were ranked the 12th best team in Africa and 95 in the world.

The latest drop could have been caused by the defeat to the Black Queens.

The Mighty Warriors’ best ranking was a ninth place in Africa and 82 in the world, achieved on December 13 2014 when women’s football was still under the management of Mavis Gumbo.

Under Gumbo, the team scored unprecedented successes including winning the 2011 Cosafa Women-Championships.

Things have not been the same since Miriam Sibanda took over in March last year as the national team have been, before the Ghana trip, virtually inactive, and the slip in rankings is one of the major effects.

In the CAF rankings, Nigeria’s Super Falcons retained coveted position as the continent’s best women’s side and 33 in the world.

Incidentally, the reigning African champions are the only African side mentioned in the top-50 ranked countries.

Falcons’ other opponents, Australia, were listed as the top-10 ranked country in the world.

Senegal completes the top-10 best ranked African sides and 91 in the world.