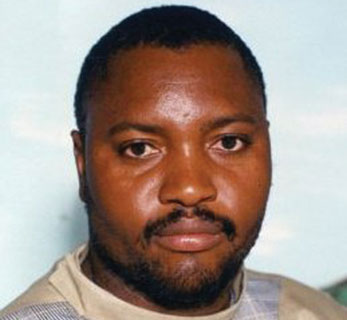 SINCE Zimbabwe’s independence in 1980, there have been unrelenting reports on the disappearance without trace of some individuals deemed to be a political nuisance by Zanu PF.

SINCE Zimbabwe’s independence in 1980, there have been unrelenting reports on the disappearance without trace of some individuals deemed to be a political nuisance by Zanu PF.

Most of the victims have been honest citizens engaging in legitimate opposition politics. On rare occasions the abductees have been innocent human rights campaigners exercising their democratic rights and civic responsibilities of holding the government to account.

In the early 80s, Matabeleland and parts of the Midlands experienced unprecedented levels of politically-related disappearances.

State security operatives driving distinctive Land Rover vehicles would knock at the victim’s door, bundle him into the vehicle and the rest was history. The lack of a responsible media meant that the plight of the victims was not highlighted.

The State media simply chose to sing praises for President Robert Mugabe and ignored their social responsibility of providing unbiased news. The abductions of the early 80s unfortunately will remain unsaid by the State because they happened during the moment of madness.

The level of abductions of political figures went down dramatically after the Unity Accord of 1987. This was a clear indication that State paranoia had receded after the serious opposition to Zanu PF had been eliminated.

The widely publicised disappearance of Rashiwe Guzha in May 1990 shifted the focus from politically-motivated abductions to ones with a social aspect.

This case pitted Zanu PF against Zanu PF amid claims that Guzha was consort to a senior member of the State secret service. To a degree this disappearance was treated with dignity as the government set up an enquiry to look into it.

Unfortunately, the results of the enquiry were not made public. Maybe the outcome was damning and the government would not publish results that exposed it as a criminal entity.

The advent of the MDC in 1999 and its good showing during the 2000 constitutional referendum reignited Zanu PF’s state of panic. Zanu PF felt duty bound to initiate the political novices into the world of rough politics.

Whereas nothing much could be done to the MDC top leadership as their international recognition rendered them almost untouchable, a lot of damage could be done on the party’s runners and the proof lies in the disappearance in June 2000 of Patrick Nabanyama, David Coltart’s election agent.

The latest instalment in the murky area of disappearances involves Itai Dzamara, a political activist who took the fight against Mugabe’s hegemony to Africa Unity Square. Although not yet conclusive, his disappearance bears the hallmarks of this juggernaut called Zanu PF.

Sadistically, Zanu PF has an entrenched belief that citizens who criticise the party should be lynched for committing the crime of subversion.

Serious concerns on Dzamara’s safety increase as each day passes. The stalemates of previous similar cases obviously fuel the assumptions of another unsolved disappearance.

Zimbabweans should not relent in applying pressure to the chief suspects in this issue. Politically sober people should unite in prayer for Dzamara’s safety.

Zanu PF has decided to trivialise the whole issue by claiming that he was not abducted, but is in hiding. As expected, they do not state what he is hiding from.

Clearly Zanu PF principals believe that they are the only ones who reserve the right to verify that a citizen is missing. It is only Zanu PF that can lend credibility to any allegation of citizens’ disappearance.

But then the silent victims of terror beg to differ! Many people can vouch for Zanu PF’s complicity in abductions and disappearances. Those who have survived the inhumane treatment by agents from the State secret service can confirm Zanu PF’s culpability.

It is not a State secret that State secret services are an extension of Zanu PF’s presidium; after all the department recruits only from families that have unwavering loyalty to the party.

Perhaps the state of terror needs to be challenged. Having a mandate to rule from the majority is not a licence to repression.

Did the people of Germany under Adolf Hitler not enjoy the successes of the Blitz Krieg while it lasted and did they not cheer as the foundations of the Holocaust were being laid in Auschwitz and Treblinka?

Did the majority of Germans not cheer Doctor Josef Mengele as he selected victims for the gas chamber?

In our own peaceful Zimbabwe, did the majority not sing their voice boxes hoarse imploring Mugabe to kill all the dissident population in Tsholotsho?

Was late Joshua Nkomo not hated by the majority for his alleged leadership of dissidents? Was Nkomo not marked for death by State security agents? Were the majority right in this case? We can only seek divine intervention in this tragedy.

Masola waDabudabu is a social commentator