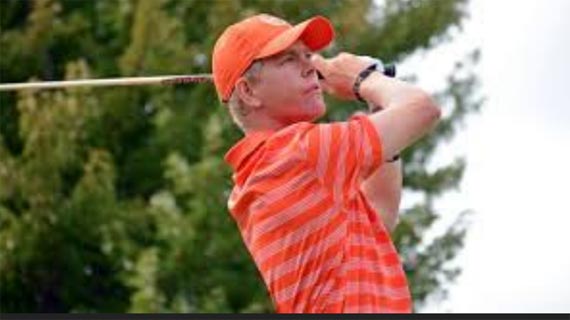 THE future of Zimbabwe golf shone out in the United States on Tuesday after the country’s brightest prospects Scott Vincent and Sean Crocker captured collegiate titles at the Puerto Rico Classic and the Jones Invitational, respectively.

THE future of Zimbabwe golf shone out in the United States on Tuesday after the country’s brightest prospects Scott Vincent and Sean Crocker captured collegiate titles at the Puerto Rico Classic and the Jones Invitational, respectively.

Crocker, who has been in brilliant form for the University of Southern California (USC) golf team fired a final-round 66 to share the individual title with American Zach Seabolt at the Jones Invitational, played out at the Valencia Country Club.

The 18-year-old teenage sensation finished with a 54-hole total of eight under par 208 after carding rounds of 69-73-66 and his exploits steered the USC team to their third win of the season as four of their players finished in the top 11.

While Crocker was lifting the country’s flag high in California, across the island of Puerto Rico, another Zimbabwean was on the winner’s podium at the Rio Mar Beach Resort and Spa’s River Course in Rio Grande.

Vincent, who has been a revelation for the Virginia Tech golf team, which earned him first team All American honours last season, carded a final round four under-par 68 to claim co-medalist honors in the event.

The 21-year-old Chapman Golf Club prodigy, who held the individual lead after the first round, finished in a tie for first position with American Dru Love of Alabama State University at seven under-par 209.

Vincent was by far the Virginia Tech men’s golf team’s highest performer as he helped them to a respectable eighth-place finish in the team competition.

The former St John’s College student, who has now won four times on the US collegiate circuit, shot a bogey-free 18 holes on Tuesday, carding a total of four birdies in the morning to claim a share of the title in a strong field that featured some of the finest amateurs in the US.

In an interview with our sister paper NewsDay Sport, Zimbabwe Junior Golf Association president Brian Maphosa said Vincent and Crocker’s performances signalled a bright future for the sport in the country.

“We are obviously excited about Scott and Sean’s performances in the US,” he said.

“As you are aware, Scott Vincent is a product of Zimbabwe junior golf programmes and his success shows that we are heading in the right direction.

“In the past we had the likes of Nick Price and Brendon de Jongé coming through, but we are now seeing a new breed of players who want to make their mark in the world of golf in years to come.”