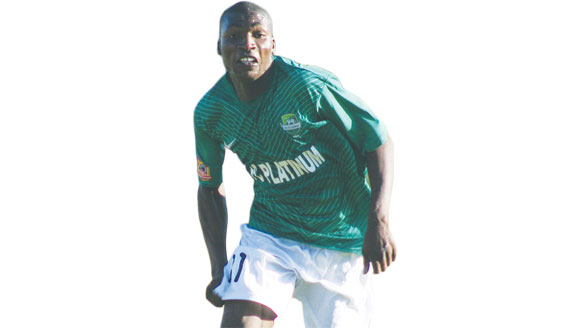 FC PLATINUM got their Orange Caf Confederation Cup campaign off to a flyer with a 2-1 away win over Sofapaka of Kenya at Nyayo National Stadium yesterday.

MUKUDZEI CHINGWERE in NAIROBI, KENYA FC PLATINUM got their Orange Caf Confederation Cup campaign off to a flyer with a 2-1 away win over Sofapaka of Kenya at Nyayo National Stadium yesterday.

Two goals in either half by the platinum miners strikers Brian Muzondiwa and Donald Ngoma  sandwiched Fiston Abdoul’s effort to ensure an impressive start.

The Zimbabwean representatives in this year’s edition of the Caf Confederation Cup are making their second appearance in Africa, the first having been in the Caf Champions League in 2012.

The result leaves the miners favourites to proceed to the next round of the competition where they will meet winners between Botswana Defence Forces and Young Africans of Tanzania.

Pure Platinum Play came into the match intent on avoiding defeat in their first leg away fixture, but capped a brilliant afternoon with a deserved win, which eases their burden on home soil in two weeks’ time in the return leg.

Muzondiwa was making his first competitive appearance for Platinum, but did not disappoint on the opposite end. He was being complemented by some good defensive contributions by Gift Bello to carry the day for the Zimbabwean side.

Both teams started the match intent to strike first, but it was the Zimbabweans who threatened meaningfully with Walter Musona causing all sorts of problems for the Kenyans.

After five minutes of action Wisdom Mutasa initiated a counter attack, but was inaccurate with the final delivery failing to release the unmarked Muzondiwa.

Slippery winger Abdoul who was a menace to the Zimbabweans in the final third missed, but Bello challenged him to head his effort wide. Sofapaka pushed forward for the opening goal, but Kago’s effort caressed the cross bar.

Ngoma and Musona both failed to feed Muzondiwa with clearcut scoring chances when the former was free on two occasions.

But after 25 minutes of action the Zimbabwean flag was hoisted highest in the Kenyan capital when Muzondiwa got to the end of a Tatenda Dzumbunu pass to give the Zimbabweans a morale boosting away goal.

Pure Platinum Play were looking for the kill moments later, but Dzumbunu failed to control his shot pushing his effort waywardly over the bar.

Seven minutes before the breather Agwanda fluffed the chance of an equaliser brushing his effort wide after some brilliant interplay between him and Abdoul. After the breather Batoto ba Mungu coach Sam Timbe’s pep talk worked positively when Abdoul equalised two minutes into the second stanza.

The hosts continued with a barrage of attacks and in the 47th minute FC Platinum goalie Petros Mhari was on the alert to deny Abdoul who rose highest to knock his header down.

On the hour mark Mhari proved why he deserves top billing when he pushed into safety a beautifully taken shot by Agwanda.

Six minutes later the miners were beginning to find their rhythm which seemed dented by the early second half goal, Ngoma controlled the ball well inside the box, but he miscued his final effort.

However, there was no mistake this time from Ngoma restoring the Zimbabwean side’s lead with fifteen minutes left on the clock after he was fed by the brilliant Musona who troubled his host all afternoon.