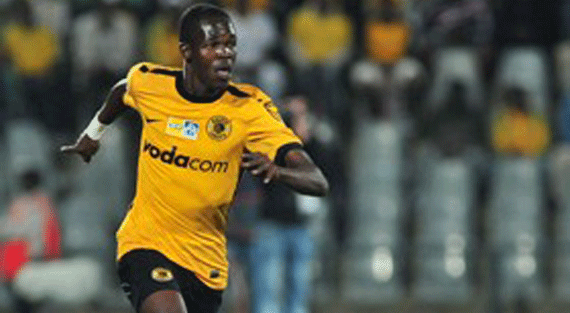 MYSTERY continues to surround Knowledge Musona’s next destination with fresh reports suggesting that the Warriors striker is heading for either Holland or Belgium.

MYSTERY continues to surround Knowledge Musona’s next destination with fresh reports suggesting that the Warriors striker is heading for either Holland or Belgium.

Musona’s manager Mike Makaab was yesterday quoted in the South African media insisting that his player will remain in Europe and that a move to Belgium or Holland could well be finalised in the next couple of days.

This is despite reports earlier this week linking the 24-year-old with a move back to Absa Premier Soccer League side Kaizer Chiefs.

The striker is currently stranded at his parent club Hoffenheim in Germany after the expiry of his loan contract at Chiefs last season and any attempts to get him another club were unsuccessful.

Makaab is now pushing to get his player a club in the impending January transfer window and Chiefs is on high alert.

Chiefs’ coach Stuart Baxter was earlier this week quoted in the media suggesting that Hoffenheim had offered Musona in January, saying his club is almost certain of landing the “Smiling Assassin”.

But Makaab who has in the past made it clear that his player would remain in Europe, yesterday told a South African website reiterating his previous position, saying there are some clubs in Holland and Belgium who have requested to have a look at the player.

“There’s been interest in Knowledge for a while now, and there is now serious interest from both Belgium and Holland, we’re hoping that his future will be finalised within the next 48-72 hours,” Makaab is quoted by South African football website Soccer Laduma.

The news will obviously be welcome to most Warriors fans who want to see the player competing at the highest level.

However, it would be not welcome by the Glamour Boys’ fanbase, who had been hoping for a return to Naturena for the former Aces Youth Academy player, although the player himself wouldbe happy to remain in Europe.

According to reports emanating from Chloorkop, Mwanjali has been pushed to train alone after failing to clinch a move away from the club prior to the closure of the previous transfer window after it became apparent that he was not in their plans for this season.

The steady defender still has a contract with the Brazilians up to the end of the season, but is keen on a move away in January which Sundowns should naturally be open to.

“Method is trying to remain positive in his situation by training hard alone in the gym. The instruction from the club is that he must train in the gym so he is pushing hard in that regard because he knows that he has to keep himself ready for a move away,” a KickOff.com informer said.

“It is a really frustrating situation because he is training alone, but he is going the extra mile.”