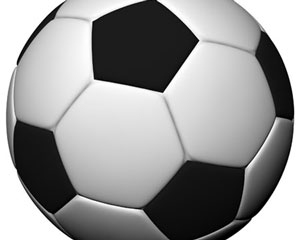 IT was a point gained than two lost for Chapungu as they battled How Mine to a scoreless stalemate in a Castle Lager Premier Soccer League match played at Mandava Stadium yesterday.

IT was a point gained than two lost for Chapungu as they battled How Mine to a scoreless stalemate in a Castle Lager Premier Soccer League match played at Mandava Stadium yesterday.

Chapungu’s point tally is now 34. They are on 10th spot — the same as Black Rhinos who beat Shabanie Mine 1-0 at Rimuka yesterday — but on a better goal difference. Two other teams — Harare City and Triangle — are also on 34 points.

After the match, Chapungu coach John Nyikadzino lauded his players for a job well done.

“I am happy with the commitment of my players and this result.

“It’s a good result and the point gained today will help us,” Nyikadzino said.

How Mine coach Luke Masomere conceded that a draw was a fair result.

“It was really a balanced game and we both played well,” he said.

“Chapungu are fighting relegation and we want to consolidate our position on the log.”

The miners threatened in the early exchanges with Thembani Masuku’s fierce strike inside the opening five minutes crashing against the crossbar.

Five minutes later, Godfrey Nguwodzawo found space outside the box, but his effort was wide.

A few minutes before the breather, Gift Phiri timed his shooting to perfection, but his effort was inches over How Mine’s goal.

Few minutes into the second, Phiri’s effort was again wide with How Mine goalie Bernard Donovan a beaten man.