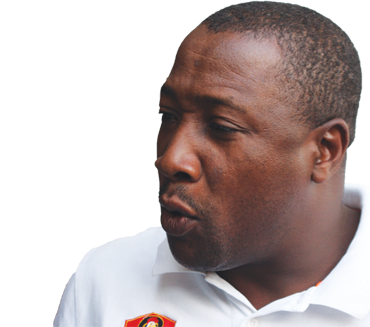 The result complicated the relegation matrix for Chapungu who remain on 33 points with only three games left.

After the match, Chapungu head coach John Nyikadzino conceded that the surprise defeat to Bantu Rovers had a potential of derailing his targets for the season.

“It is unfortunate and this is a worrisome result for us, but this game is now water under the bridge,” he said.

“We are waiting for our remaining games.”

Bantu Rovers coach Mandla Mpofu was happy that his charges managed to become the first team to collect maximum points at Ascot Stadium.

“We were not under pressure at all though we came here knowing that Chapungu has never lost a home match,” he said.

“We were playing good football the whole season, unfortunately results were not coming our way.”

The visitors got the opening goal 10 minutes into the second half when Ngodzo fired home after a brilliant solo run from the midfield.

Zabula capitalised on some goal-mouth melée when he pulled one back with 68 minutes played.

Twenty minutes before full-time Master Mlangeni fouled Philip Marufu inside box and referee Mlindeli Ndebele awarded the hosts a penalty which was converted by Murisa for the equaliser.

Masuku restored the Bulawayo-based side’s lead when he converted a penalty which was awarded after Chapungu goalkeeper Polite Sibanda had fouled Moraka.