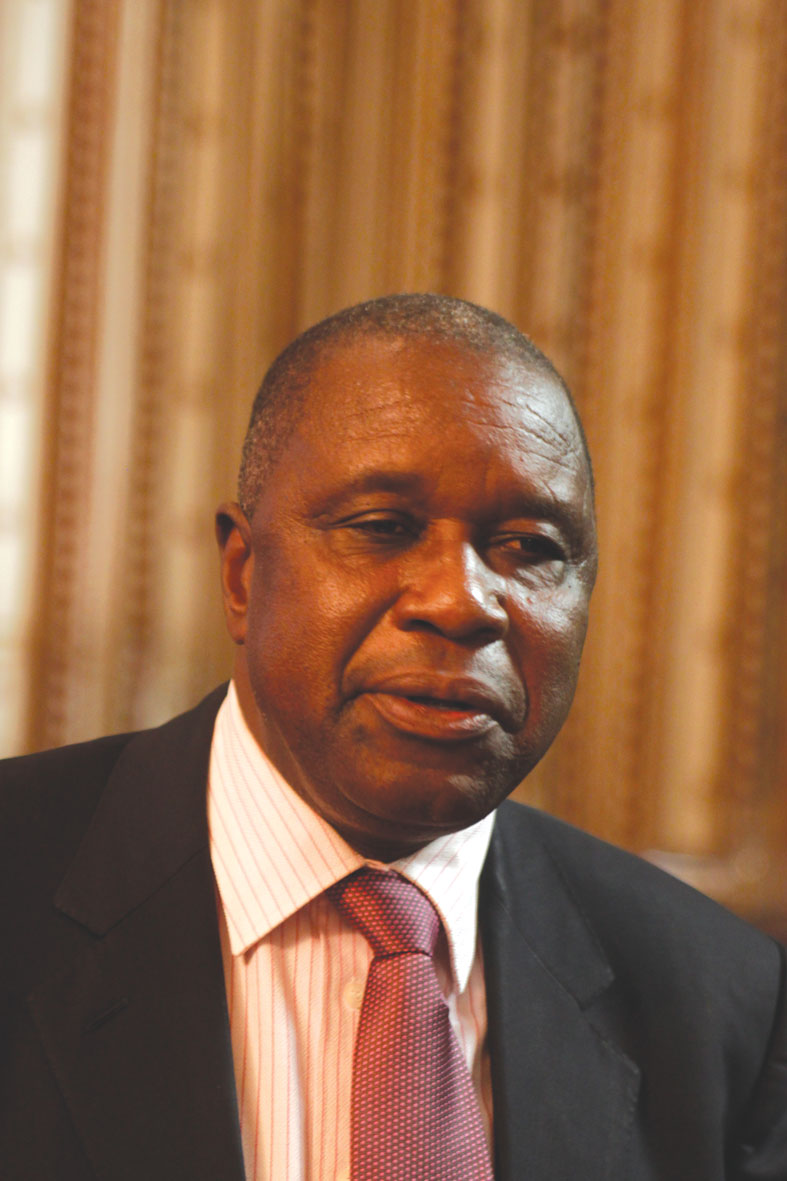 FOREIGN Affairs deputy minister Chris Mutsvangwa (pictured) yesterday vowed not to back down from attacking Zanu PF bigwigs he accuses of abusing their positions ahead of the ruling party’s congress in December.

FOREIGN Affairs deputy minister Chris Mutsvangwa yesterday vowed not to back down from attacking Zanu PF bigwigs he accuses of abusing their positions ahead of the ruling party’s congress in December.

MOSES MATENGA STAFF REPORTER Mutsvangwa was reacting to reports that a faction within Zanu PF was pushing for disciplinary action against him for attacking secretary for administration Didymus Mutasa and questioning Vice-President Joice Mujuru’s credentials.

The former Zimbabwe ambassador to China launched a salvo against Mutasa and Mujuru last week in an interview with The Herald accusing them of trying to use unorthodox means in the battle to succeed President Robert Mugabe.

There are reports that a faction linked to Mujuru is pushing for disciplinary action against Mutsvangwa.

However, the former liberation fighter sounded unfazed yesterday saying he stood by his remarks.

“I stand by what I said and I am speaking as a war vet. A war vet comes before any other post in the government,” he said.

“For Mutsvangwa, being a war veteran is a matter of historical record and it takes precedence on everything whether in party or the government.

Mutsvangwa said war veterans should have the integrity and stop abusing positions in the government or ruling party.

“Our history as war veterans is wrought in blood; it has memories of the dead and nothing to do with succession politics,” he said.

“People fought for the liberation of the country and I stand by what I said, I am unshakable and it’s like the decision I made to offer my life to liberate the people of Zimbabwe,” he said.

Mutsvangwa, in the interview with The Herald, accused Mutasa of having a “long and notorious record of manipulating party ambition to his schemes of king-making”.

He claimed Edgar Tekere, who was pushed out of Zanu PF into opposition politics, was one of Mutasa’s victims. Mutasa yesterday refused to comment on Mutsvangwa’s statements despite promising to respond on Tuesday.

“I don’t want to put myself at the same level with Mutsvangwa. I won’t write to the papers like what he did and that is my response,” he said yesterday.

At the weekend he had labelled Mutsvangwa bogus and vowed to hit back. Zanu PF spokesperson Rugare Gumbo said the attack on Mutasa by Mutsvangwa was regrettable and the party would deal with the matter.

“As far as we are concerned it’s regrettable, but in the history of political discourse you run into those things,” he said.

“As a party we have rules and regulations of dealing with such matters and will meet to deal with it.”

The run-up to the Zanu PF congress promises fireworks after the youth and women’s leagues conferences held controversial conferences in the past few weeks.

Mugabe said he was alarmed by the extent of vote-buying by his lieutenants and threatened to crack the whip.

There are reports that factions linked to Mujuru and Justice minister Emmerson Mnangagwa are jostling to position themselves at the congress in preparation for Mugabe’s exit.

Mutasa is eyeing the post of chairperson and his manoeuvres have angered former PF Zapu members who argue that the post is reserved for them.