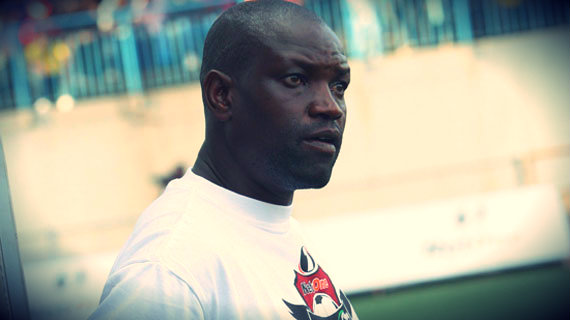 FC Platinum coach Lloyd Mutasa will be seeking to revive success at the club with an injury-rocked side when they host Chapungu in a Castle Lager Premier Soccer League match at Mandava Stadium tomorrow.

FC Platinum coach Lloyd Mutasa will be seeking to revive success at the club with an injury-rocked side when they host Chapungu in a Castle Lager Premier Soccer League match at Mandava Stadium tomorrow.

The platinum miners are close to completing the signing of Ashley Mukwenya from across town rivals Shabanie. He trained with his supposed new club for the whole week.

Pure Platinum Play is eight points behind log leaders Highlanders and a win against their provincial rivals will keep them in sight with the title chasing pack.

Chapungu will come to Mandava with minimum pressure following their 3-2 win over Triangle at Ascot which ended their five-match winless streak.

But that result is far from guaranteeing them safety as they are a mere two points above the relegation zone with the season already in the second stanza. The airmen could line up new signing Terrence Rukweza who joined from FC Platinum U-19 to face his former paymasters.

Mutasa was, however, unfazed by the injuries that have rocked his side and is confident with his available charges.

“We have many players who are injured, but that doesn’t matter. We have to work with what we have and we are confident of getting a positive result with the available arsenal,” Mutasa said.

Chapungu head coach John Nyikadzino lauded the tactical acumen of his opposite number ahead of the match.

“For me they are the best team in the league. Lloyd Mutasa is doing a splendid job. Unfortunately results are not coming their way. We are going into the match fully aware of their potential, but we are doing everything possible to win the match. It is a derby and anything can happen,” Nyikadzino said.