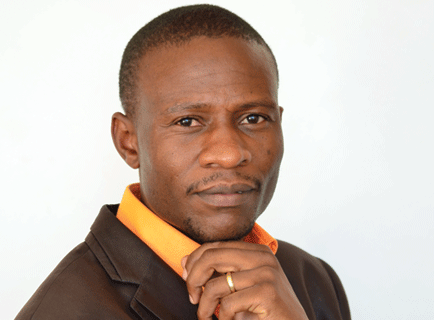 “WHEN you are financially broke in marriage, romance is not as great as compared to when you have money” one speaker once said in a marriage seminar. Does money really count in a marital relationship?

10 tips to enhance your relationship

“WHEN you are financially broke in marriage, romance is not as great as compared to when you have money” one speaker once said in a marriage seminar. Does money really count in a marital relationship?

A story is told of “man of the cloth” who was not in a good state of financial affairs when he got married. When things got well as wallet fattened, he saw a world that he had not seen before. He became a ladies’ man. All hell broke loose as he began to fight with the woman of his official wedding. In this case, should we blame the money or the money just amplified what he already was?

As one proposes love, a lot comes to play. I still remember during our earlier age, girls would grade us according to our level of affluence or family background. As a person who was not well up then, we had a torrid time dating girls from better families.

Some men would dispute being married to a better woman than them. The obvious reason being; the woman will be bossy and even overpower him. This is what most men won’t swallow easily.

I went out of the way to talk to a commercial sex worker and my findings showed that both rich and poor men pay for their services. One woman had the audacity to mention that even married prominent business men would sneak into their places to get a pint or two.

That’s money at use! The absence or the availability of money has contributed to divorces. With that in mind we need to manage our money in marriages. What do we do?

Talk openly about money Before and in marriage there should be an open mind and talk towards money, assets, and future financial goals. Spending is great, but when you are married it has to be in consent from both parties.  Plan together for money When people get married they come as different individuals, with different backgrounds, upbringings and likings and if that is not well managed when dealing with purchases it causes big problems. Get time to seat together as spouses and have clear financial goals and plan for what is at stake. Have shared financial goals of the assets you want to acquire. These include things such as the future home, a car, career investment, and other investments.  Consider a will Some financial problems emanate especially after the death of a spouse. That’s when we see some external forces come in and want to part of the inheritance. Prepare for your children and spouse in case of an eventuality by having a clear will.  Mutually ours Money in marriage in not “mine” but ours. Finances should be merged and be held mutually. Use it mutually. How could you feel if your spouse uses money foolishly? It definitely would hurt my feelings. This can cause a conflict. Seek professional advice Most married people go to a counseling session when things have turned sour. Even in money matters proper advice is crucial. Seek a financial advisor or an expert. Our college education has less on money literacy. If it was about money, it is mainly about how to handle and manage company finances.  Avoid bad debts There is nothing as enslaving as a debt. There is a difference between an asset and a liability. In simple terms an asset is something that puts money in your pocket. A liability is something that takes money away from you. For example, a car is not an asset as long as it is not used for business. So, married people need to understand that if they want to live harmoniously. There is a bad debt and a good debt. For example, a loan given to invest in a business is a good debt and I wouldn’t advise people to take a loan to buy home furniture.  Avoid unnecessary expenses/ luxuries Young people, especially young men have a tendency to show off and live a life that’s beyond their real standard. As they date or court they flaunt to their loved ones a fake image. We shouldn’t forget that in marriage everything will become reality. An article by Nancy Anderson (2011) in the Forbes says: “Research on marriage has shown that couples who are materialistic rate at the bottom of the happiness scale. A recent study BYU and William Jefferson University found that spouses who were BOTH materialistic were worse off on nearly every relationship measure they looked at.It wasn’t the lack of money that was the culprit. Authors found that it was materialism itself that created much of the difficulty even when couples had plenty of money. Neither would I like someone frugal There are people that would check on everything that you have bought. Besides they balance every dime spent. If there was something you bought which might have been cheaper somewhere, one gets grilled. This calls for married people to plan and decide jointly on purchases. Tradition seems to have lost its salt When we were young we knew that the father was responsible for fending for the family, investments and all financial planning. Times have changed, now we have career women who have sources of income too. We have different tastes Men and women have different likings. These differences are natural and trying to alter them can cause a misunderstanding. Understand what your partner loves and have that budgeted for.

Parting point: Does money mar or make our marriage? It depends on the holder. Money is called a “currency”. Money has a nature of flowing and taking the shape of the mould. Money well managed will yield great results and a happy marriage. Money misused or abused can wreck relations in a marriage.