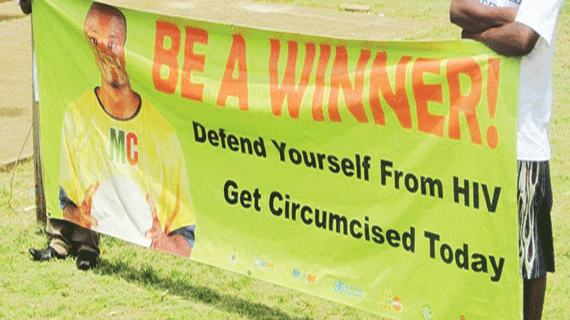 Mlotshwa moved the motion in Senate saying there were no benefits to infant male circumcision as children did not indulge in sexual activity.

She said infant circumcision could not mitigate the spread of HIV and cervical cancer.

“I’m afraid we are creating a generation of useless men because if one of your limbs is not functioning properly after the mishaps of circumcision then you will be disabled. These children do not indulge in sexual activity anyway,” Mlotshwa said.

Mlotshwa challenged all ministers to get circumcised if the programme was as good as its promoters claimed.

She said there was a side of the story that was not being told to the nation about male circumcision.

“In Somalia women’s clitorises are mutilated to ensure girls do not enjoy sex,” Mlotshwa said.

“That is because they give them in marriage to old men who cannot satisfy them and mutilating them is to ensure they do not discover the pleasures of sex.

“Circumcision of young boys is tantamount to genital mutilation and we are afraid that in the government will end up saying women’s clitorises should be cut because they are just taking everything that comes without doing proper research.”

She said money meant for infant circumcision should instead go towards treatment centres for cervical cancer.

“The Creator made a foreskin for a purpose. Are we not going to have a generation of men without foreskins? Most of the doctors who circumcise are not circumcised themselves and where do they put those foreskins?” she asked.

MDC-T Masvingo senator Misheck Marava seconded the motion saying men constituted only 48% of the population and their organs cannot be tampered a with.

“We cannot play with risks by tampering with their organs because they may not be able to rectify failures,” he said.