How Mine take on troubled Buffaloes 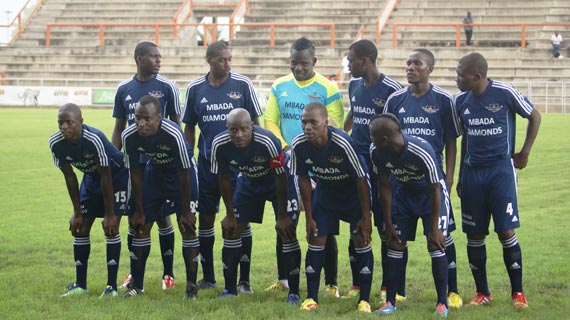 HOW MINE head to Sakubva Stadium tomorrow for a date with troubled Buffaloes, who have lost their last three PSL matches, as they take a shot at rising to the top spot in the only mid-week game.

HOW MINE head to Sakubva Stadium tomorrow for a date with troubled Buffaloes, who have lost their last three Castle Lager Premier Soccer League (PSL) matches, as they take a shot at rising to the top spot in the only mid-week game.

The gold miners have gone eight matches without tasting defeat after the two first defeats at home to league champions Dynamos and PSL returnées Bantu Rovers, making their intentions known in their campaign as they perch on position four on the log table.

They have 18 points, only two points behind pacesetters Highlanders and a point behind Hwange and Dynamos.

However, their campaign has been dampened by the last two draws 0-0 against Harare City at home and 2-2 away to unbeaten ZPC Kariba at Gwanzura Stadium.

After the goalless draw to struggling Harare City at Luveve on Saturday, How Mine head coach Philani “Beefy” Ncube said the break for the Warriors’ 2015 Africa Cup of Nations failed campaign affected his charges.

“The break affected us, but we hope to rise in the next game,” Ncube said.

He will stalk wounded Buffaloes, who lost 0-1 to Black Rhinos at Rimuka Stadium on Saturday, being their third defeat on the trot after the 1-3 home loss to Highlanders and the 1-5 drubbing by Triangle at Gibbo Stadium.

Luke Masomere’s Buffaloes sit on position nine on the standings with four wins, four losses and two draws and 14 points from 10 matches.

They last won on May 11, when they beat FC Platinum at home through a solitary goal by Admire Dzumbunu and have only won twice away from home when they beat Dynamos 1-0 and Harare City by the same margin in the capital.

Roy Mwenga scored against DeMbare while Tafadzwa Mombeshora got the winner against City.

The other win was a 2-0 home victory against Chicken Inn in their second match of the season through goals by Prosper Matizanadzo and Dzumbunu after they had suffered another 1-5 humiliating defeat to Hwange at the Colliery in the first game of the season.

The match against How Mine will be beamed on SuperSport 9, the first time the broadcaster will be in Manicaland.