Gorowa to decide on Katsande 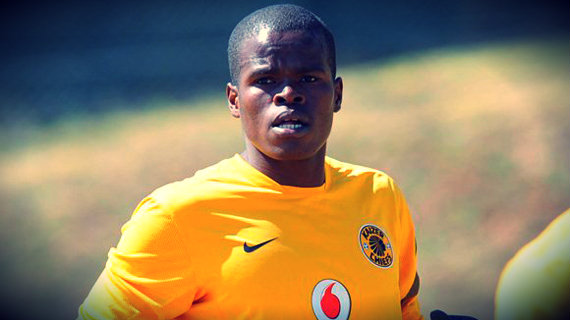 THE fate of Kaizer Chiefs midfielder Willard Katsande in the Warriors squad for the Africa Cup of Nations (Afcon) qualifier first round return leg against Tanzania will be decided today following his failure to turn up for national duty last week.

Katsande had initially indicated that he would be available for the match, but later made an about turn saying he was not feeling well.

“I have not spoken to him (Katsande) yet, but we are going to meet either today or tomorrow (last night or today) and make a decision,” Warriors head coach Ian Gorowa (pictured) said yesterday after watching the Benjani Mwaruwari Youth Festival tournament final at White City Stadium.

He said he was disappointed by the player’s failure to report for the Warriors’ camp for the first round first leg played in Tanzania.

The Warriors lost the match 0-1.

“We have to know what his story is and we will take it from there. Obviously we are disappointed by the fact that he did not turn up,” said Gorowa.

“I was just watching the match (Chicken Inn against Chapungu) to see if there are any players that we could be interested in. I saw what I saw and made notes and noted the players for the future,” he said.

Gorowa added they were going to work hard despite the limited time they have to prepare.

The former Mamelodi Sundowns coach said they would make few additions to the team.

“I have given the list to the manager. Tomorrow (today) we expect the players to start coming in for the camp. At the moment I cannot say who was included because I might mention someone who was not called, but I know Ovidy (Karuru) is one of them,” he said.

Dibango, as he is affectionately known, said AmaZulu man Carlington Nyadombo has been ruled out because of injury while Sparta Prague left—back Costa Nhamoinesu cannot make it due to injury.

Efforts to get a comment from manager Sharif Mussa were fruitless as his mobile went unanswered.

The Warriors need to win the match at all costs if they are to keep their hopes of qualifying for Afcon alive.

While the Warriors are worried about their preparations, it’s smooth sailing in the Taifa Stars camp as they have lined up an international friendly against Malawi tomorrow at the National Stadium in Dar es Salaam.

The visitors were camping at Sapphire Court Hotel, with the chief coach, former Malawi international Young Chimodzi leading his boys to train at the Karume Memorial Stadium in Ilala today.

Malawi will also use the game to prepare for their away Afcon qualifying match against Chad to be staged in Ndjamena on May 30. Taifa Stars and Malawi battled to a goalless draw in a friendly at the Sokoine Stadium in Mbeya last month.