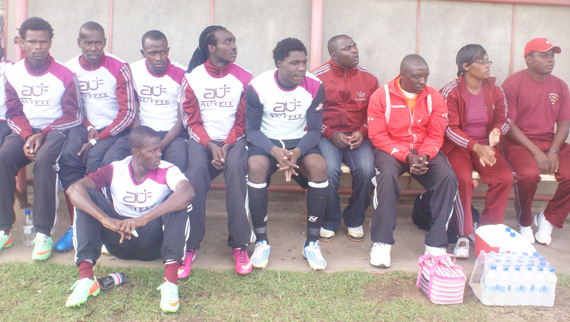 SHABANIE Mine head coach John Phiri is in high spirits ahead of the Castle Lager Premier Soccer League (PSL) clash with beleaguered champions Dynamos at Maglas Stadium on Sunday.

SHABANIE Mine head coach John Phiri is in high spirits ahead of the Castle Lager Premier Soccer League (PSL) clash with beleaguered champions Dynamos at Maglas Stadium on Sunday.

The champions have had a shambolic start to their title defence losing three of the opening six matches to PSL underdogs Buffaloes, new boys Chapungu and ZPC Kariba with identical 1-0 scorelines.

Calls for three-time championship winning head coach Kalisto Pasuwa’s ouster have grown louder in recent days following the disastrous start and the Warriors assistant coach will be determined to soothe the souls of moaning fans.

But he will pit his tactical wits against Phiri, determined to make a mark for himself and his charges against their highly-fancied opponents.

The Chinda Boys are undefeated at Maglas this season having won all three league home matches against Triangle, Black Rhinos and Bantu Rovers.

“They (Dynamos) are coming at a very wrong time. We have been playing well at home and morale is very high. We have won all our home matches this season and I am confident that we can continue with that winning streak.

“They have lost two games in a row and they are desperate for a win, so it is definitely going to be an interesting match.

“Playing against Dynamos is a big motivation for my players and I am confident that they will do their best to get a result. Some of our players wanted to join Dynamos during pre-season and failed, so this is their time to prove that they are good enough.

“Playing against big opposition like them is also a chance for us to show that we are good enough to compete with anyone in the league. Only Talbort Mthombeni is unavailable for selection, but everyone is raring to go. I am calling on all our supporters to come in their numbers on Sunday and enjoy,” he said.

The last time DeMbare visited Maglas for a date with Shabanie Mine Munyaradzi Kunyarimwe who is now at Harare City, cancelled Patrick Kumbula’s early goal with a ferocious free-kick to beat Artwell Mukandi in goal for the champions that day.