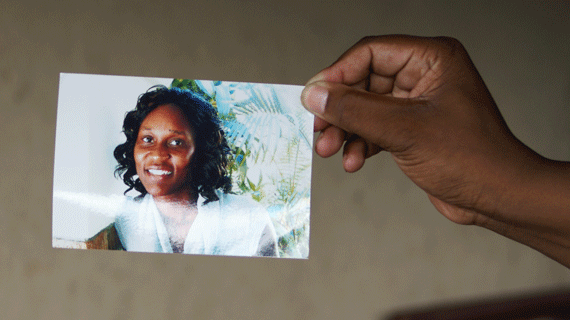 A GWABALANDA woman, Nomqhele Nkiwane (28), who was brutally murdered by her husband last week in a murder-suicide case received a big send-off with over 3 000 people attending her burial

A GWABALANDA woman, Nomqhele Nkiwane (28), who was brutally murdered by her husband last week in a murder-suicide case that left residents shell-shocked, received a big send-off with over 3 000 people attending her burial at West Park Cemetery yesterday.

Nkiwane was stabbed nine times in the face, neck and chest by her commuter omnibus driver husband Gellot Ncube after she had quit their three-year marriage over his alleged infidelity.

She died on admission at Mpilo Central Hospital.

Ncube went to his sister’s house and gave her money which he said was for his funeral and mother before hanging himself in a nearby bush close to Luveve Cemetery. Nkiwane was a holder of an accounting degree and worked for the Bulawayo City Council.

Speaking to Southern Eye on the sidelines of the burial, her brother Nkosilathi Nkiwane said he was at a loss for words to describe how he felt about losing his sister.

“It is sad that this happened, but at the end of the day for us who remain, life has to go on,” he said.

“We are hurt at losing her, but what we really wanted to see was to have a decent burial for her and that has now been achieved.” Nkosilathi said the family’s focus would now shift to taking care of Nomqhele’s three-year-old daughter.

“We want to thank the Gwabalanda community, council, friends and my employers (ZB Bank) for the support they gave us during this trying time,” he said.

“We were able to conduct the burial because of their support.”

Nkosilathi said no member of the Ncube family had attended his sister’s funeral.

Speaking on behalf of the Gwabalanda Residents’ Association, Stella Ndlovu thanked the community for supporting the Nkiwane family following their devastating loss.

Ncube sent Nomqhele a message on Wednesday asking for assistance in completing some forms and she agreed.

Ncube drove up to Nomqhele, who was sitting in her friend’s car less than 500m from her parents’ house.

He sat in the back seat directly behind Nomqhele, suddenly grabbed and started strangling her with the seat belt before stabbing her multiple times.

He then sped off in a Mercedes-Benz Sprinter and was found hanging from a tree the next day.