Zinara to raise $47m for roads 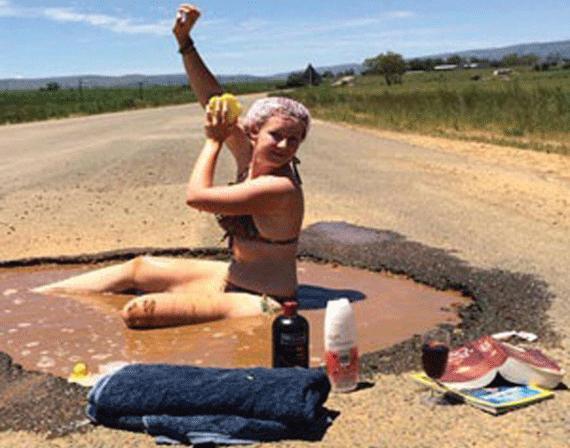 THE Zimbabwe National Road Administration (Zinara) plans to raise $47 million revenue this year through the fuel levy which will be channelled towards road rehabilitation and maintenance, a government official has said.

“With the passing of the current budget providing for an increase of one cent per litre on diesel and two cents per litre on petrol, the projected revenue for the year is now $47 million in 2014,” Kagonye.

“Cognisant of the huge amount of funding still required for road rehabilitation and maintenance, the ministry is considering other options of raising funds for roads rehabilitation,” she said.

In 2012 the road administrator raised $84 million and $26,5 million was generated from licence fees while $23 million, $17,8 million and $16 million was for fuel levy, toll and transit fees respectively.

She said road tolls was another major source of revenue with consideration being made to increase the levels of road toll fees and increasing the number of tollgates.

The government is working on the establishment of urban tollgates as a way to raise more funds that will be channelled to road maintenance and decongestion of cities.

The country’s roads infrastructure is lagging behind in maintenance dated back to the days of economic meltdown around 2000.

The country’s 87 554km of roads are damaged and require attention. At least $2 billion is required to rehabilitate the country’s 88 000km of road network as 85% of it was in bad state.