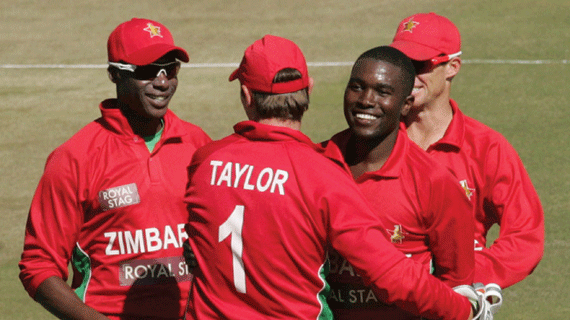 Ireland will be looking to establish themselves as a better cricket side while Zimbabwe seeks to justify its position among the Test countries. The encounter between the two nations would evoke the epic drawn match of the 2007 cricket World Cup.

A defeat for either team could ultimately shatter the dreams of progressing to the Super 10 stage of the fifth edition of the biennial World Cup competition.

Minnows, United Arab Emirates and Netherlands will complete the group where only the group winners will advance to the next round. Andy Waller’s charges go into the tournament ill-prepared owing to a protracted salary dispute with Zimbabwe Cricket that culminated in a two month-long player strike, missing out on invaluable game time.

Other teams, notably tomorrow’s opponents Ireland, were busy preparing for the T20 World Cup, playing at least 10 T20 matches in the past two months including six in the West Indies.

Comparatively, Zimbabwe has played only three preparatory matches against Bangladesh A, Hong Kong and Afghanistan in the run-up to this global event although captain Brendan Taylor insists that the team has had excellent preparations.

“Our preparations have been excellent and we are looking forward to the challenge,” he said during a T20 World Cup open press conferences last week.

“We’ve been here a number of times, so we are familiar with the conditions. It still takes a bit of getting used to, especially from where we come from, but we had a good start with a good win over Bangladesh A, so hopefully we can take some momentum from there.” he added.

Disconcerting was the fact that Zimbabwe slumped to a four-wicket defeat to little known Hong Kong in a dismal performance in one of the warm-up matches although they bounced back with a seven-wicket hammering of Afghanistan in the final warm-up match.

Five spinners namely Prosper Utseya, Sean Williams, Malcom Waller, Tafadzwa Kamungozi, Tymicen Maruma could prove pivotal in the dry and slow pitches of the subcontinent to guide the nation to the Promised Land.

The batting department will be buoyed by the fact that top batsmen that include Taylor, Hamilton Masakadza, Elton Chigumbura, Williams just to name a few, participated in the Bangladesh Premier League late last year and will be familiar with Bangladeshi tracks.

Interestingly, Ireland who have been improving in leaps and bounds lately are ranked ninth on the official ICC rankings while Zimbabwe are a distant 14th below Bangladesh, Afghanistan, Netherlands and Scotland.

If rankings are anything to go by, Ireland are set to stroll to the next round without breaking a sweat, but Zimbabwe are by no means pushovers.

Ireland had a fairytale run in the 2009 T20 World Cup in England making it to the Super Eight stage and with experienced players in crack batsman Kevin Obrien, captain William Portefield, Niall O’brien and Somerset spinner George Dockrell, have the capacity to beat Zimbabwe.

At an open conference in Bangladesh, Obrien fancied his country’s chances of progression.