Dealing with HIV behind bars 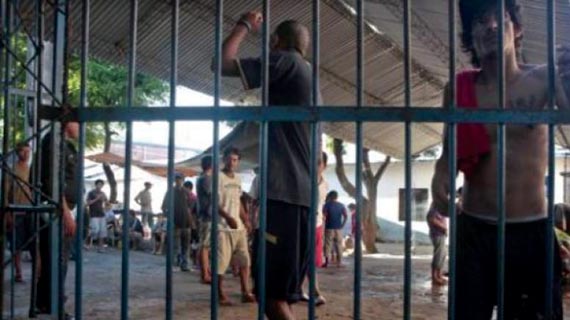 Providing access to HIV prevention and treatment services in closed settings, such as prisons, is crucial to curb the transmission of HIV, among women

MANILA — Providing access to HIV prevention and treatment services in closed settings, such as prisons, is crucial to curb the transmission of HIV, particularly among women, say public health experts.

The United Nations Office on Drugs and Crime (UNODC) says global HIV prevalence among prisoners is up to 50 times higher than infection rates in the general population.

The World Health Organisation estimates that 0,8% of people aged 15-49 globally are living with HIV.

“About 30 million people (worldwide) go through prison each year. People who inject drugs account for about 70% of the prison population,” Fabienna Hariaga, a UNODC senior HIV advisor based in Austria, said.

HIV is transmitted in the body fluids — blood, semen, vaginal fluid and breast milk — of an HIV-positive person.

“In prisons, injecting drug use, tattooing, body piercing and modification are high-risk behaviours that allow for HIV transmission through blood. Consensual and forced sex, and vertical infection such as mother-to-child transmission, are all avenues for . . . (spreading) HIV,” Anne Bergenstrom, the UNODC HIV and Aids advisor for the Asia Pacific region, based in Bangkok, Thailand, said.

“While they (prisoners) may have access to health services at the community level, when . . . (they are incarcerated), this access is interrupted,” Bergenstrom said.

The UNODC, in partnership with other UN agencies, proposed a series of public health interventions in 2012 to ensure healthcare would be accessible at all stages of detention. “Prisons are a breeding ground for HIV and (other infectious diseases like) tuberculosis, for prisoners, prison staff and their communities,” Bergenstrom pointed out.

About one-third of the people behind bars worldwide are awaiting trial, a period of incarceration that can last up to a year or even longer.

Some of these prisoners will be found innocent and go back to their families and communities, spreading the risk of infection outside the prison.

Women at risk In early 2012 the International Centre for Prison Studies, a London-based research organisation, estimated that over 625 000 women and girls worldwide were being held as pre-trial prisoners or were serving sentences and more than 200 000 of them were in the United States.

Drug use and HIV infection are more prevalent among imprisoned women than men, according to experts.

Women are more vulnerable to sexual abuse and rape by prison staff and male prisoners, and are more likely to exchange sex for food or toiletries.

“Women have specific needs which are different from the needs of men. Some women are pregnant or become pregnant while in prison,” Yossawan Boriboontawa from the Thailand Institute of Justice, a think-tank, said.

“In some (Thai) prisons, women are together with the male prisoners because there is no space. There . . . (are) not enough female prison staff and often no separate room for body search(es),” Boriboontawa noted.

The Bangkok Rules In 2010, the UN adopted a global set of rules for the treatment of incarcerated female offenders, called the Bangkok Rules in recognition of the Thai government’s role in having the standards accepted.

The rules are an addition to the 1977 UN Standard Minimum Rules for the Treatment of Prisoners and include the development of services for specific inmate populations such as pregnant women, mothers with children, foreign and juvenile offenders.

They also call for alternatives to imprisonment for female offenders, and sanctions that are proportional to the offence committed and the offender’s criminal history.

“We believe that prisons should be the last resort for women prisoners, given their caregiving roles and responsibilities,” Boriboontawa said.

Bergenstrom pointed out that “We cannot talk about (achieving) zero new HIV infections and AIDS deaths, unless we consider that in a prison setting, prisoners often do not have access to proper healthcare.”

The UNODC has estimated that 28% of the 88 000 prisoners in Viet Nam and 20 percent of the 100 000 prisoners in Indonesia are HIV positive, but researchers in many countries have long acknowledged the difficulties of gathering data on HIV prevalence and drug use in prisons.

A study published in the United Kingdom medical journal, The Lancet, in 2007 noted that “HIV transmission in prisons is not easily detected until widespread outbreaks have occurred.”