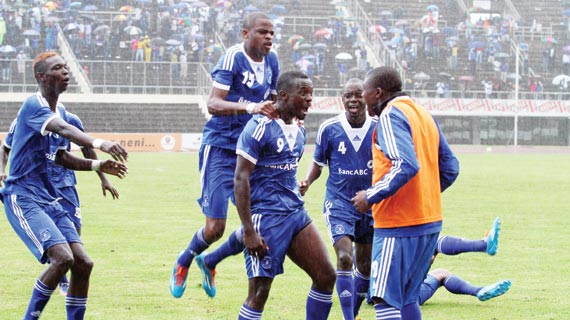 DYNAMOS will have to overcome fatigue as they undertake a 1069km road journey to fulfil the preliminary round against Mochudi Centre Chiefs on Sunday.

DYNAMOS will have to overcome fatigue as they undertake a 1069km road journey to fulfil the preliminary round, second leg Caf Champions League tie against Mochudi Centre Chiefs on Sunday.

They left at 6am this morning and are expected to reach Gaborone by 10pm, carrying a healthy 3-0 lead from the reverse fixture.

Club secretary Webster Chikengezha said yesterday the team would leave Harare at 6pm this morning and is scheduled to arrive in Botswana around 10pm, a journey which could take them about 13 hours 40 minutes.

Chikengezha said there was nothing amiss about the travelling arrangements as Lesotho Correctional Services came through Botswana and left Gaborone at around the same time and arrived in Harare around 11pm for their first encounter against Dynamos.

“The team is leaving tomorrow (today) at 6am and is scheduled to arrive around 10 or 11pm the same day. The team will use the bus donated by Nyaradzo Funeral Services and it’s possible to arrive the same day because Lesotho Correctional Services did it last year,” said Chikengezha.

The champions will hit the 438km road journey to Bulawayo before another 100km to the Plumtree border post.

From there, they will take another hour’s journey to Francistown, which is 95km from Plumtree, before a gruelling 436km journey to Gaborone.

Dynamos are the second team in the last few days to travel to Gaborone by road after the Mighty Warriors also made the same trip for the African Women Championship qualifier.

The Glamour Boys got their goals from striker Washington Pakamisa who scored a brace while midfielder Masimba Mambare weighed in with the other goal.

And Dynamos coach Kalisto Pasuwa and his troops seeking to defend their lead, will have to endure a long road trip to Gaborone as the club faces a serious cash squeeze.

The Dynamos hierarchy has been hoping to tie down a sponsor for the campaign after their principal sponsors BancABC indicated that they will not be able to bankroll their African Safari although they would continue to help in the domestic matches.

Dynamos have been boosted by the return from injury of striker Simba Sithole and midfielder Tafadzwa Rusike.

The pair which missed Sunday’s victory has been certified fit by the medical team and started training yesterday. Sithole had a tendon inflammation and had been rested for five days while Rusike had a minor hamstring injury.

Should Dynamos manage to defend their lead they will meet the winner between AS Vita of the Democratic Republic of Congo and Kano Pillars of Nigeria.

AS Vita overcame Kano Pillars 3-1 in the first leg at home. If they progress, they will have no choice, but to go to either Nigeria or the DRC.