Mambazo hoping for a win tonight 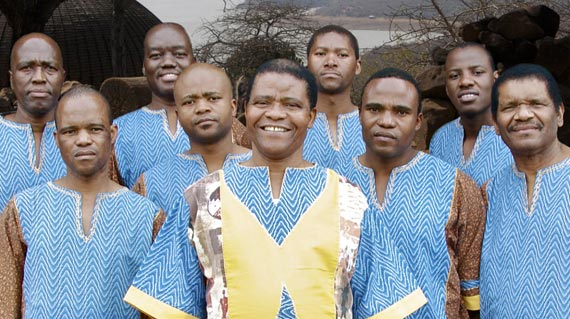 The awards, which are being held in Los Angeles tonight, could also give founder Joseph Shabalala a great retirement present after he announced this week that he was quitting music.

The internationally revered a cappella group is vying for a fourth Grammy in the Best World Music Album category with their Live: Singing For Peace Around The World release.

They’re up against Nigeria’s Femi Kuti (No Place For My Dream), France’s Gipsy Kings (Savor Flamenco) and Indian/US star Ravi Shankar (The Living Room Sessions Part 2) for the gong.

The group’s manager, Mitch Goldstein, says they are feeling great about the nomination and their US tour.

“Everyone is excited. With another Grammy nomination, the group is very thankful that the American music business is recognising the importance of traditional African music.”

Unfortunately, the group will not attend the event as they have a concert in Richmond tonight.

“They will be watching via the internet and are sending their American business team to represent them,” said Goldstein. “If they win, they hope to speak via cellphone.”

He said the win would not just be for the group.

“The group has always loved representing South Africa in their travels and they try to do whatever they can to shine a positive light on our country.