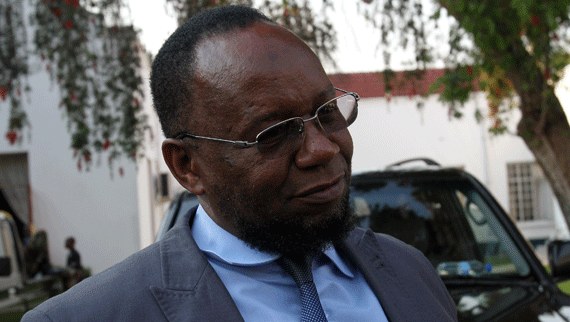 Britain is considering a request by Zimbabwe for funds to cover school fees for one million impoverished children ‑ around a third of the country’s pupils.

LONDON — Britain is considering a request by Zimbabwe for funds to cover school fees for one million impoverished children ‑ around a third of the country’s pupils.

The request was made to the Department for International Development (DIFID) by the Zimbabwean government 10 days ago, the same week that schools opened for the year.

Britain paid school fees for about 300 000 mostly-disadvantaged children for three years during the multiparty government, which ended last August when President Robert Mugabe and his Zanu PF party won a huge majority in disputed elections.

Britain, Germany and other European donors also paid for more than 13 million text books for schoolchildren after the inclusive government, which included Morgan Tsvangirai’s Movement for Democratic Change, came to power in 2009.

Now, despite Mugabe’s anti-British rhetoric and insistence that Zimbabwe is better without the interference of its former colonial master, the Labour and Social Services ministry has asked DIFID to contribute towards the basic fees which cover the school costs.

“We received an initial request from the Zimbabwean Government and we are considering our response,” a DFID spokesman said.

The government of Mugabe, a teacher himself by training, inherited one of Africa’s best education systems and in the 15 years after independence, improved it further, expanding the number of schools, improving teacher training and boosting resources.

As a result, Zimbabwe continues to boast one of the highest literacy rates in Sub-Saharan Africa.

However, like all public services, it has been crippled by an economic crisis that began in the late ’90s. Hyperinflation made what salaries were paid worthless and, coupled with a growing climate of political intolerance, many teachers moved abroad.

Today, the government estimates that approximately a million children, mostly from primary schools, will need help with school fees.

Lazarus Dokora, the Education minister, told The Daily Telegraph: “As far as my pupils are concerned, they are all in school.

“None have been excluded. (the fees) never flow in a synchronised way, and come in usually as a postscript each year.”

The Zimbabwean government can only pay teachers’ salaries since it is collecting ever less tax in the shrinking economy as more and more companies lose patience with the administration and pull out.

Donors say privately they do not approve of the present school funding model as it is run by school committees made up of parents who are regularly partisan about which child deserves help with school fees, sometimes along political lines.

Zimbabwe’s collapsed economy was rescued, to an extent, by the inclusive government five years ago, but David Coltart, the former MDC education minister, said he estimated that even with that assistance more than 300 000 children did not attend school last year.

“The school system is grossly underfunded by government and was designed for a different economy,” he said. “It is not coping to ensure that all eligible children will attend school.”

Despite massive aid from the United Kingdom, Mugabe regularly hits out at Britain, which continues to support targeted European Union sanctions against key members of his regime, and is threatening to take over the few remaining British-owned companies.

“They should not continue to harass us,” he told supporters last year.

“We have not done anything to their companies here, the British have several companies in this country, and we have not imposed any controls, any sanctions against them, but time will come when we will say well, tit-for-tat, you hit me, I hit you.”