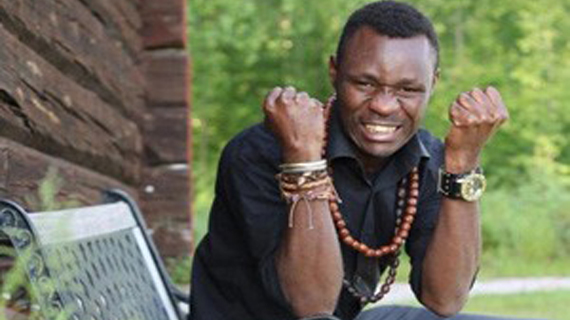 BULAWAYO’s Gilmore “Tee” Moyo has made it to the final three of the United Kingdom Eduzine Global Young Achievers Award 2014.

BULAWAYO’s Gilmore “Tee” Moyo has made it to the final three of the United Kingdom Eduzine Global Young Achievers Award 2014. SINDISO DUBE OWN CORRESPONDENT

Eduzine Global is a media company that promotes and celebrates young people across the globe. It publishes magazines, books and professional material for and about young people.

Moyo was named the second runner-up on the list of winners that was released on Monday while a 14-year-old poet, Adam Bojelian, was voted the overall winner.

Moyo told Southern Eye Lifestyle he was happy and proud to make it on the short-list.

“Besides having to give to charity, I will be doing a lot of work with Eduzine this year of 2014, as one of their global ambassadors,” Moyo said.

“I am proudly Zimbabwean and above all I’m a proud productive global citizen.

“I thank everyone for the role they played and still play in my life. You’re a source of inspiration and together we will create a society where everyone is fairly represented and embraced for their uniqueness,” he added.

One of the judges, Gareth Jones, revealed that Moyo has brought back pride to his country.

“Zimbabwe has received a lot of very unfair bad Press in the Western world and Gilmore has single-handedly done more to restore pride to his country than anyone I know,” Jones said.

Moyo, born and bred in Bulawayo, is a social entrepreneur and founder and editor of Deck magazine.

He is also a member of the British Council Global Change Makers International Network.

He is founder and manager of Hunnar Management Agency, a local arts and branding company.

He has worked with international organisations such as United Nations Education and Scientific Organisation and Alliance Française dé Bulawayo.