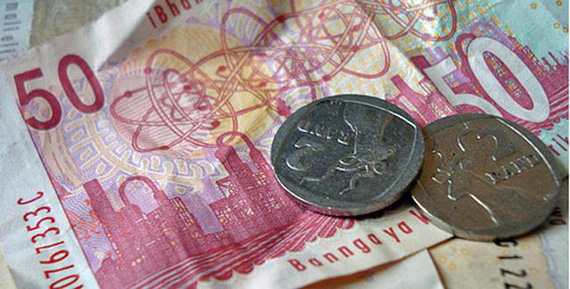 THE weakening of the rand against the greenback is likely to reduce Zimbabwe’s importation costs from South Africa, but the development provides little joy for most Bulawayo companies

THE weakening of the rand against the greenback is likely to reduce Zimbabwe’s importation costs from South Africa, but the development provides little joy for most Bulawayo companies ahead of the festive season as most firms and businesses use the rand to import stuff, it emerged yesterday.

The rand has been on free fall from the beginning this year as the South African economy continues to weaken owing to the poor performance of mainly the country’s manufacturing sector.

On Monday, the rand further slumped, leading emerging market currency declines against the dollar, on speculation that the US Federal Reserve may start reducing monetary stimulus.

It weakened 0,9% to 10,3708 per dollar by 4;05 in Johannesburg on Monday, the biggest intra-day drop since December 6 and the worst performance out of 31 major and emerging market currencies monitored by Bloomberg.

In Bulawayo, trade generally is at R9,50 against the dollar yet last week the currencies traded at $1 to R10.

In an interview with Southern Eye Business, economic analyst John Robertson said despite the fact that the weakening of the rand against the US dollar would result in reduced import costs for the country, Bulawayo was unlikely to benefit owing on the fact that companies largely use the South African currency in the importation of goods and services.

“The weakening rand against the US dollar will reduce our import cost from South Africa since it is our biggest trading partner,” Robertson said.

“But Bulawayo will not benefit much from the trend since the majority of the companies use rand in importing goods from South Africa which is different with companies from Harare and others who predominantly use the US dollar,” he added.

Robertson said the slowdown in inflation which in November dropped to 0,54% from 0,59% in October, was partly attributed to weakening rand.

Economic commentator Eric Bloch recently told Southern Eye Business that the weakening rand would have a medium to long-term negative impact on the country’s trade with South Africa, adding that the overall net effect would be a reduction in exports. While the rand continues on its downward spiral, South Africa remains one of Zimbabwe’s major trading partners absorbing 34% of the country’s exports.

According to Zimbabwe Statistical Office, exports in the first quarter declined by 10% to $813,57 million.

Critics say there is need for Zimbabwe to explore new global markets with the view of diversifying from a heavy reliance on South Africa in order to boost exports.

Zimbabwe’s trade with the European Union slumped by 9,8% last year and the decline was due to the Eurozone crisis and a poor agriculture season.

The country remains a net importer of goods and services with trade deficit this year expected to widen from $3 billion up from 2,6 million recorded in 2012.

Zimbabwe is a net importer of fuel and capital goods.

Zimbabwe’s trade deficit ballooned to $3,02 billion in the eight months to August 2013 after the country imported goods worth $5 137 billion against $2,11 billion exports during the period.