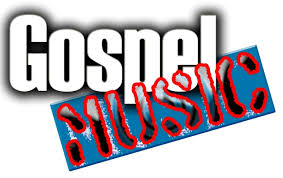 UPCOMING gospel musician Abigail Mwebe has defied all odds by composing music in the Tonga language for her debut album.

UPCOMING gospel musician Abigail Mwebe has defied all odds by composing music in the Tonga language for her debut album.

The aspiring gospel musician is set to release her 10-track album early next year.

In an interview with Southern Eye Lifestyle, the promising musician said some of the tracks that will be featured include Wabafwifwi Jehovah, Tata Leza, Leza Mubootu and Amuze Kulileza.

She said she was happy about the album. Mwebe, however, said she was still deciding on the recording company with either Bulawayo or South Africa the likely places.

“This album is going to be a hit and I am working with different producers such as Kera production.”

Except for Joyce Mukoko and the group Mokoomba from Binga, few artistes have dared compose songs in the previously marginalised Tonga language.

However, Mwebe vowed to continue composing songs in Tonga in an effort to promote the language spoken in Matabeleland North’s Binga district and beyond borders – in Zambia and Malawi.

Mwebe revealed that some local Tonga artistes wanted to record music in the language, but lacked funding to start their music projects.

The musician is set to release a solo video Moya Usalala during the festive season — dedicated to the Tonga people.

The video will be shot in Bulawayo and Binga. Mwebe is a member for Bulawayo Women’s Gospel artistes and has shared the stage with the city’s gospel musicians like Pastor Joyce Mungofa, Thobekile Nleya and Mai Ida Mangwiro.